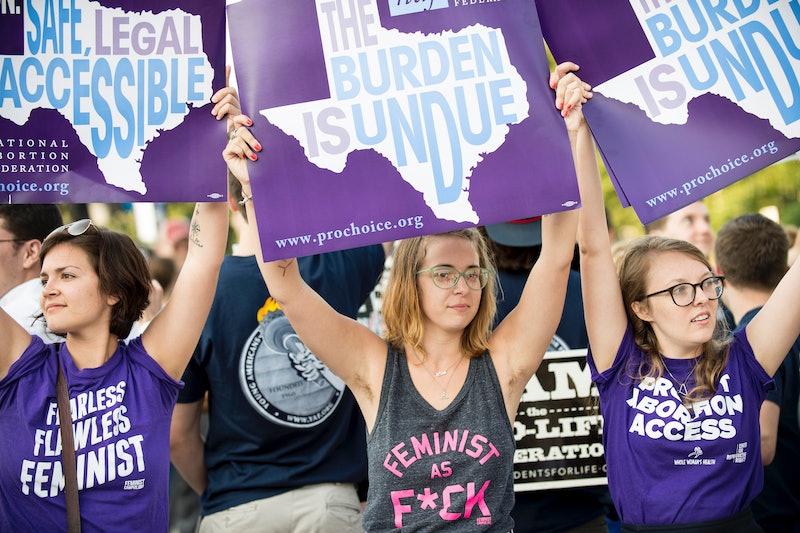 One of the main drivers behind the proactive abortion legislation strategy consists of an organization called the Public Leadership Institute (PLI), a D.C.-based non-profit that focuses on creating model progressive legislation. PLI is leading the nationwide campaign to encourage state and local legislators to introduce proactive abortion legislation. Indeed, the organization has even published a “Playbook for Abortion Rights” in which lawmakers can find "29 model policies for protecting and/or expanding access to abortion care," according to Truthout.

In an interview on Monday with Rewire, Aimee Z. Arrambide, a program manager and reproductive rights policy specialist at PLI, said that thus far, lawmakers in 30 states and four localities, including Washington, D.C., have introduced 109 proactive abortion bills. The content of many of these bills was inspired by PLI's Playbook for Abortion Rights.

The impetus behind the proactive abortion legislation strategy is multi- faceted. The strategy serves to provide a direct counter to the pro-life movement, which repeatedly introduces anti-choice legislation in state and local legislatures. It also helps further codify the notion that abortion is healthcare as well as serves to provide pro-choice advocates with tangible actions and advocacy strategies they can implement to advance their cause as instead of merely opposing and resisting anti-choice legislation.

According to Gloria Totten, the founder and president of PLI, activism and proactive legislation is just as important as resistance when it comes to protecting women's rights. Totten stated earlier this month in an interview with Truthout that,

... The reason that it's important now [to introduce proactive legislation] — and hopefully it'll be taken up as a bigger part of a progressive strategy —is that Trump's election symbolizes in a really bad way what voters have been trying to tell us for several election cycles: They want change, they do not want politics as usual, they want people to fight...Lawmakers and activists in the states are fighting back for abortion rights...Donald Trump may think he can steamroll anti-abortion policy at the federal level but legislators, councilmembers and commissioners — standing beside local activists — are going to fight him every step of the way.

It is inspiring to see so many state and local lawmakers and activists taking a unified, proactive approach to protecting women's reproductive rights and freedoms. If you are interested in tracking the progress of all of the different proactive abortion bills across the country, you can use this helpful state-by-state list from PLI to follow their progress. Hopefully many of these bills will be passed and become law, helping contribute to guaranteeing a woman's right to choose.