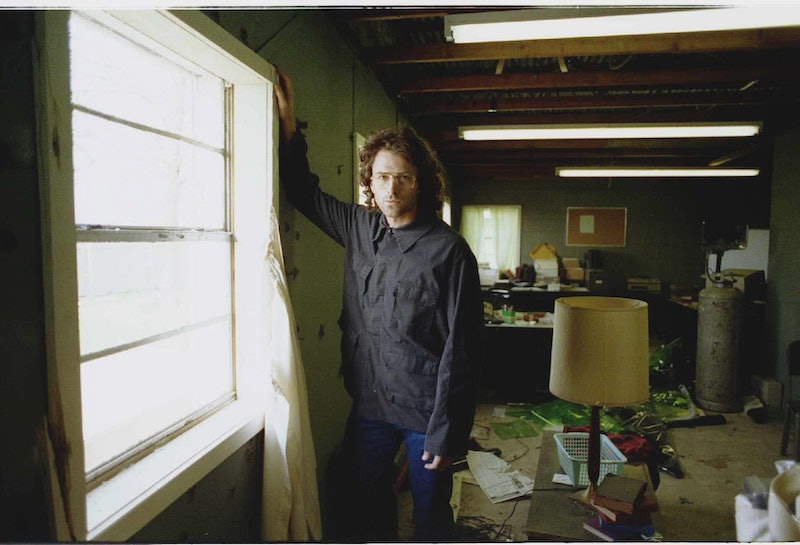 Nearly 25 years ago, the Branch Davidians were thrust into the spotlight amid the now infamous Waco siege, a 51-day standoff with federal officials that left 76 dead. That ill-fated raid has since become so synonymous with the religious sect that it's often eclipsed their initial beliefs. Many people know about the siege, but do they know what Branch Davidians actually are?

According to the Christian Research Institute, the Branch Davidians' roots trace back to roughly 1935, when a man named Victor Houteff and his followers settled at Mount Carmel near Waco, Texas. A self-proclaimed messenger of God, Houteff had been expelled from a Seventh-day Adventist church for holding "divergent" views. In response, he led 12 of his followers to Mount Carmel to prepare for what they believed was the imminent return of Jesus — a cause they felt their church had abandoned in favor of worldly pursuits. There, they started a new, self-sustaining religious community, eventually growing their reach to 10,000 members worldwide.

Per the same CRI piece, Houteff died in 1955, leading to several decades of fluctuation before the emergence of David Koresh, the Branch Davidians' leader at the time of the Waco siege in 1993. Houteff was succeeded by his wife, Florence, who furthered his leadership by setting a date for what she claimed would be the dawn of the new messianic age: April 22, 1959. More than 1,000 "true believers" sold all of their possessions, gave their money to the church, and gathered at Mount Carmel to await her prophecy. When it failed to come to fruition, the movement began to splinter into different factions, and by 1962, Florence had announced she'd been mistaken, disbanded her following, and sold the Mount Carmel compound.

Soon afterward, one of Florence's most vocal opponents, Ben Roden, gained control of the property and established the Branch Davidians. According to Encyclopedia Brittanica, he called for his supporters to seek a purer life, and promised that once they reached a state of moral maturity, Christ would soon return. After his death in 1978, however, members split between allegiance to his wife, Lois, and his son George. Lois found in ally in a young convert named Vernon Howell, but her death in 1986 left George — who did not get along with Vernon — in charge. Within a year, Vernon had asserted his authority and become the head of the Mount Carmel commune.

One of Vernon's first acts was the adoption of a new name, David Koresh. The name was meant to suggest he was a spiritual heir to the biblical king David and served as a messianic figure (though not the Messiah, Jesus). Like the Davidians before him, Koresh believed the second coming was imminent, and that his role was to interpret the bible and bring forth the endtime revelation of Christ. According to ABC, Koresh also reportedly took several spiritual "wives" — some of whom were allegedly minors — leading to accusations of child abuse. That, coupled with allegations of illegal weaponry, attracted the attention of legal authorities, and on Feb. 28, 1993, agents from the Bureau of Alcohol, Tobacco, Firearms, and Explosives (ATF) raided the Mount Carmel compound.

A shootout between ATF and commune members ensued, killing four agents and six Davidians, according to another ABC report. Over the course of the 51-day standoff that followed, FBI negotiators attempted to reach a peaceful outcome with Koresh. On April 19, 1993, they gave him a final chance to surrender before initiating a tear gas attack on the compound. A few hours into the siege, a fire engulfed the property, killing Koresh and 75 others.

Afterward, extensive internal investigations were conducted by the ATF and the FBI, followed by public hearings by both the U.S. House of Representatives and the Senate. Several agents were disciplined for improper actions, and the U.S. government admitted that the FBI had fired flammable material into or near the compound in the days prior, but a congressional investigation ultimately concluded that Koresh and his followers had set the fires. A few Davidian survivors received lengthy jail sentences for their actions during the raid, while the others reorganized, published the writing of Koresh, and began to rebuild. By the end of the 1990s, the movement had more than doubled in size.

According to NPR, the modern Davidians call themselves Branch, The Lord Our Righteousness, and like their predecessors, they're waiting for the Messiah to rise again and begin the world anew. They have a new church, a memorial to the dead, and a new leader, Charles Pace. As he told the outlet in 2013:

"I came back [to Mount Carmel] after the slaughter and I feel that the Lord has anointed me and appointed me to be the leader. I don't claim to be a prophet. I'm a teacher of righteousness, that's the only thing I claim."