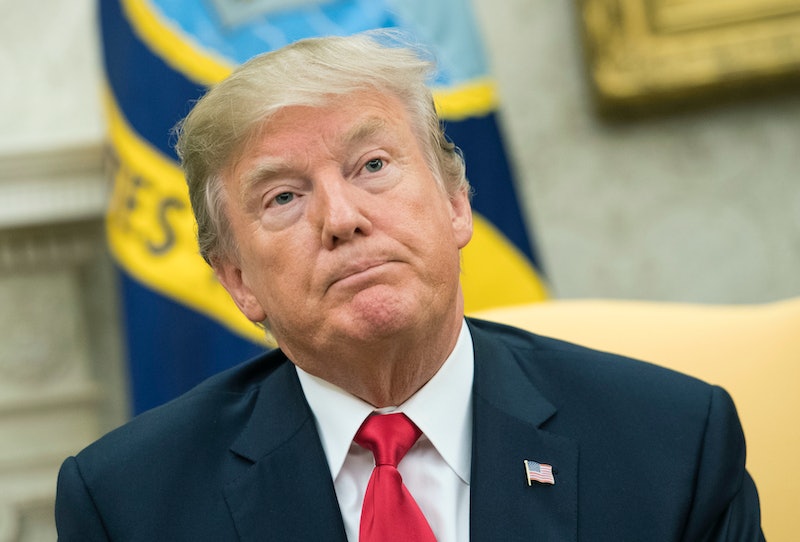 Citing two unnamed sources, Politico reported Thursday night that President Trump plans to end Obamacare cost-sharing reduction payments, the latest stab at the Affordable Care Act. CSR payments are a type of subsidy, sometimes referred to as "extra savings," for those who qualify.

According to The Hill, the payments, which are disbursed to health care insurers, amount to about $7 billion this year.

The Trump Administration confirmed the report by releasing a statement late Thursday night:

Based on guidance from the Department of Justice, the Department of Health and Human Services has concluded that there is no appropriation for cost-sharing reduction payments to insurance companies under Obamacare. In light of this analysis, the Government cannot lawfully make the cost-sharing reduction payments. ... The bailout of insurance companies through these unlawful payments is yet another example of how the previous administration abused tax dollars and skirted the law to prop up a broken system. Congress needs to repeal and replace the disastrous Obamacare law and provide real relief to the American people.

In a report issued by the Congressional Budget Office in August, the agency explained that premiums would rise if CSR payments ceased because insurers would still be liable for their cost. Premiums would rise to cover the difference. They projected the price increase for single policyholders to be about 20 percent. Politico reported that many insurance companies already raised their prices before the ACA's Nov. 1 open-enrollment start date because they anticipated Trump would make such a move.

Since Trump has been in office, he has had to approve CSR payments on a monthly basis. This is because the policy itself has been caught up in an appeals process. As explained by Bob Bryan for Business Insider, the Republican-controlled House of Representatives had previously sued the Obama administration over CSR payments. They believed them to be technically illegal, and their lawsuit was successful. However, the Obama administration appealed the decision, which left their approval process where it is now — operating on a month-to-month basis.

According to Politico, Congress hasn't yet appropriated the funding needed for the payments to continue, so if Trump moves to end them, they could end almost immediately.

Sadly, instead of working to lower health costs for Americans, it seems President Trump will singlehandedly hike Americans’ health premiums. It is a spiteful act of vast, pointless sabotage leveled at working families and the middle class in every corner of America. Make no mistake about it, Trump will try to blame the Affordable Care Act, but this will fall on his back and he will pay the price for it.

President Trump has apparently decided to punish the American people for his inability to improve our health care system. Trumpcare collapsed because Americans overwhelmingly recognized the cruelty and higher costs it meant for them and their loved ones. Now, millions of hard-working American families will suffer just because President Trump wants them to.

Open enrollment for ACA, also known as Obamacare, will begin on Nov. 1. However, if you haven't seen much buzz about it, it's because the Trump administration reportedly slashed the advertising budged by 90 percent. This has led to some companies attempting to compensate by advertising earlier, according to Forbes.

Trump has long pushed for a total "repeal and replace" of Obamacare, and has grown increasingly critical of Congress Republicans for failing to do so. He has frequently taken to Twitter and the media to express his frustrations.

"If Republicans don't Repeal and Replace the disastrous ObamaCare, the repercussions will be far greater than any of them understand!" the President tweeted in July. Thursday's announcement marks an increase in Trump's desire to take action on health care, with or without Congress.