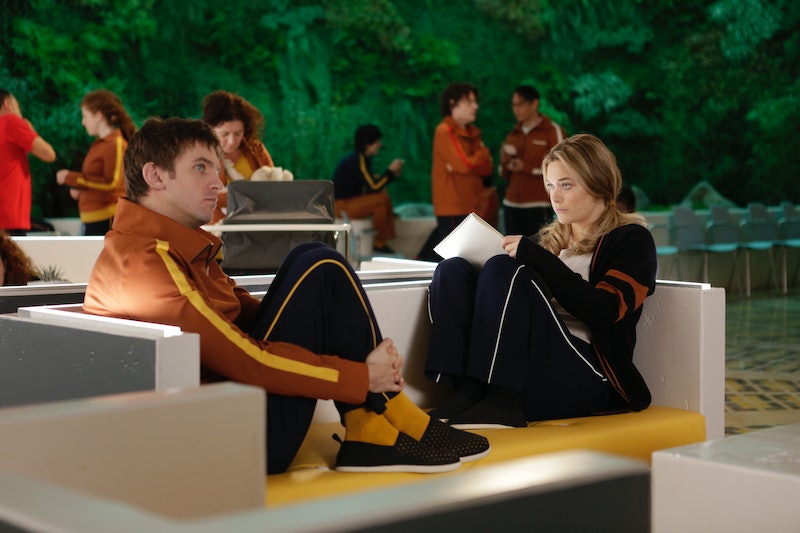 Television has somehow slid past the point where you could just shake your head and sigh that there were "too many superheroes on TV" now — it's a legitimate genre. The latest entry is taking from the X-Men universe, and frankly it's been too long. That said, you won't be seeing big mutant characters like Storm, Wolverine, and Magneto this time around. Who is David Haller on Legion? Well, first of all, he's also called Legion.

The mutant character best known for being Professor X's son is finally being portrayed in a life action series, after appearing in one episode of the animated X-Men: Evolutions. Haller is played by Dan Stevens, who you may remember from giving you all the feels as Matthew Crawley on Downton Abbey. He is also the star of The Guest, plays a genderqueer stay-at-home Dad on High Maintenance, and is the eponymous male lead in the upcoming live action adaptation of Disney's Beauty and the Beast. He also plays Lancelot in Night At The Museum 3. Stevens is not an easy actor to pigeonhole, which is part of what makes him so engaging on screen.

It also makes him an appropriate choice for the role of David Haller. In the original Marvel comics version of Legion, one of his many powers is to create new mutations, and he develops personas to deal with or "house" each of these mutations or superpowers. It's essentially a fictionalized version of Dissociative Identity Disorder.

Haller's other major power is that he can bend time — but via his other personalities, he basically has access to every superpower imaginable. Like all the best antiheroes, that is both a blessing and a curse. In the FX series, Haller first appears as a patient in a psychiatric hospital, not realizing that the voices he hears are a supernatural ability rather than a mental illness.