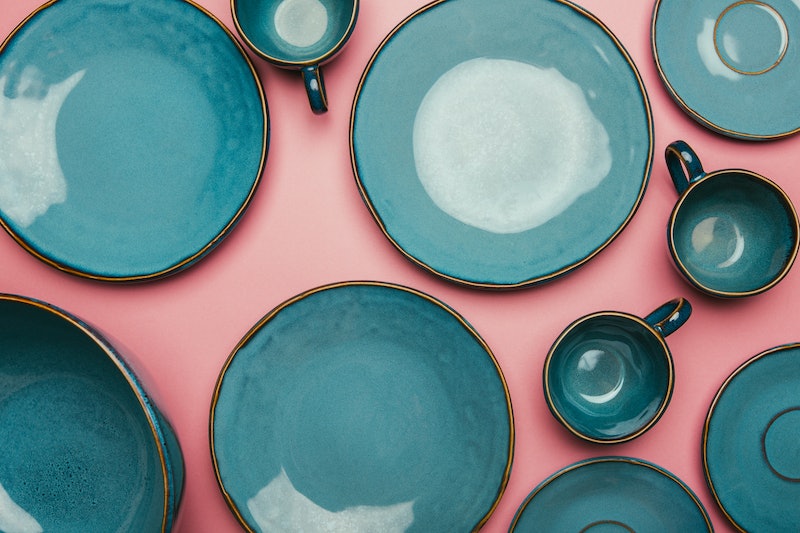 "Only eating during a specific time frame each day disconnects us from our bodies," Alissa Rumsey, an NYC-based dietitian and founder of Alissa Rumsey Nutrition and Wellness, tells Bustle. "Since people are only allowing themselves to eat in a certain window of time, they are completely ignoring their internal cues of hunger." The restrictive nature of intermittent fasting means that you can stop listening your body's needs and cravings — and that can have extensive side effects for the rest of your body.

Fasting may be helpful to some people in some situations, experts say. "There is some evidence to suggest that exclusively eating food within a 10 to 12 hour period can be beneficial for lowering cholesterol, improving insulin sensitivity, and reducing risk factors for cardiovascular diseases," Rebecca Jennings, a registered nutritionist with the Priory Group's Arthur House, an eating disorder treatment center, tells Bustle.

Intermittent fasting can also have positive effects on digestion in some people, clinical nutritionist Sara Kahn tells Bustle, because eating late at night can cause indigestion, bloating or acid reflux. However, scientists still don't know intermittent fasting's full effects on our health. "Much of the research is still in the early stages, so it’s difficult to draw any major conclusions," Jennings says. "A randomized controlled trial in America is ongoing, but all that can be concluded for now is that the dropout rate is relatively large."

The health effects of ignoring hunger cues, though, can be extensive. Jennings says that on non-fasting days, you'll likely be more drawn towards foods that are higher in calories rather than nutrient-dense, because your body will believe that it's trying to fend off starvation and needs as much fuel in the form of calories as possible.

The hunger caused by intermittent fasting can also cause issues. "When you skip meals, your cortisol levels increase," Rumsey says. Cortisol is a hormone released in response to stress, and feelings of starvation put stress on the body. Higher cortisol, she says, can lead to lower cognitive performance, sleep disruption, and decreased mental alertness. Jennings notes that during fasting periods, you might feel stressed, hungry, dehydrated, tired and irritable. You may also feel dizzy and weak, or have a slowed heart rate. Fasting periods can also cause massive drops in your blood sugar levels, followed by a spike when you eat. Kahn says that for this reason, intermittent fasting isn't recommended for anybody with a history of blood sugar dysregulation or thyroid issues.

Psychologically, experts say, the side effects of intermittent fasting mirror a lot of the potential consequences of other restrictive diets. "Intermittent fasting involves creating rules around food, and when you can and can’t eat, which is something that I wouldn’t necessarily recommend," Jennings says. Restrictive eating of any kind can create an all-or-nothing mentality around food, and you may find yourself feeling completely preoccupied with meals when you wouldn't be otherwise. "Intermittent fasting can lead to an unhealthy obsession with food, because all you can think about is when your next meal is going to be," Rumsey says.

Intermittent fasting can also induce feelings of guilt and shame if you slip up or break any of the rules. People who practice it may avoid social situations that could involve food that might "tempt" them, and find themslves constantly thinking and talking about food 24/7. "Strict diets like intermittent fasting can be a gateway to eating disorders, as people can become so fixated on the rules that they start to dramatically affect their day-to-day life," Jennings says. People with a history of eating disorders should not try intermittent fasting, each of the experts we spoke to say.

Intermittent fasting may seem like an easy way to improve digestion, but it can have unintended consequences for your health and wellbeing. Experts say that it's often better to try and stay in touch with your body's own need for nutrition and fuel. "I would advise people to have an understanding of a balanced meal," Jennings says. "Don’t set any rules around food, and instead try and connect with your own innate hunger cues."