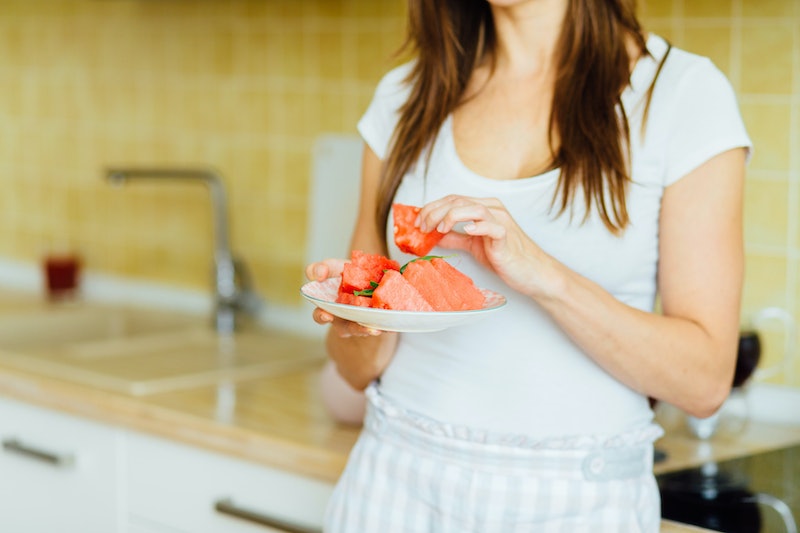 In the height of summer, insects begin to plague our lives, taking advantage of the hot temperatures to breed and spawn. And kitchens, unfortunately, are often their primary targets in your house for food and shelter. Fruit flies are attracted to, well, fruit as it ripens and gradually rots, which is why you should cover your fruit bowl, keep any fruit that's got soft bits in the fridge, and throw all past-its-best fruit and veg on the compost heap. But if you've scoured your kitchen of all organic matter and still can't seem to beat the fruit flies, there might be another substance causing problems: sparkling water and other carbonated beverages.

Research in 2007 found that fruit flies, which are the usual bane of kitchens, don't just love summer kitchens for their piles of gently ripening bananas and nectarines; they're also fans of carbonated water. Bizarrely enough, fruit flies have been shown to have a taste for fizzy drinks, and not just because of their sugar content. They like carbon dioxide in both flavored and unflavored substances, so your Coke or Sprite is just as attractive to them as a Perrier or La Croix. They're also fans of beer yeast, precisely because it excretes carbon dioxide.

Fruit flies are just trying to live, but they're not a good thing to have hanging around in your kitchen. While they don't bite and have no interest in human bodies themselves, they can carry disease and bacteria from the rotting things they use as food, and leave potential illness-triggers all over your kitchen surfaces. It's definitely not a good idea to invite them into your food prep areas.

Why on earth would fruit flies love your favorite summer beverages? It turns out that carbon dioxide plays a strong role in their preferred 'tastes'. Fruit flies actually possess the ability to detect different tastes in substances, including sweetness and sourness, by smelling and tasting them. They have taste 'neurons' in their brains that help them identify elements of taste in a dish, just as humans do (though we have far more). But the 2007 study confirmed that they can isolate the element of fizziness in drinks and actively prefer it over flat ones. They even have a fondness for dry ice, which is carbon dioxide in frozen form.

If you're wondering why a fruit fly would have a preference for sparkling water, there's an easy answer. Ripening fruits often have carbon dioxide-containing yeast on their surfaces, and fruit flies can pick up on that taste to know that the fruit is at the right degree of decomposition. While the carbon dioxide itself isn't a "taste," it's a marker that they can use to determine whether their food substances are appropriate for them. Overripe fruit and veg, mushrooms and the sugary residue left by spilled drinks are all targets for food and laying eggs, but they'll also gravitate towards open containers of carbonated drinks.

The simple thing to do to avoid adding to the attractions of fruit flies is to cover over drinks that have carbonation in them (which you'd do anyway to prevent them from going flat, right?), and avoid storing them in open places. Keep beers, sodas and other drinks in the fridge and don't have huge uncovered punch bowls at parties if there's Prosecco or soda in it; that's a recipe for hordes of flies. And don't listen to anybody who says that because something is sugar or flavor-free, flies aren't going to be interested; science says they'll still want to check it out. If you end up with a fruit fly problem, try remedies like unfiltered apple cider vinegar or red wine to trap them, or use the scientist-supported trick of a paper funnel and a glass of vinegar.