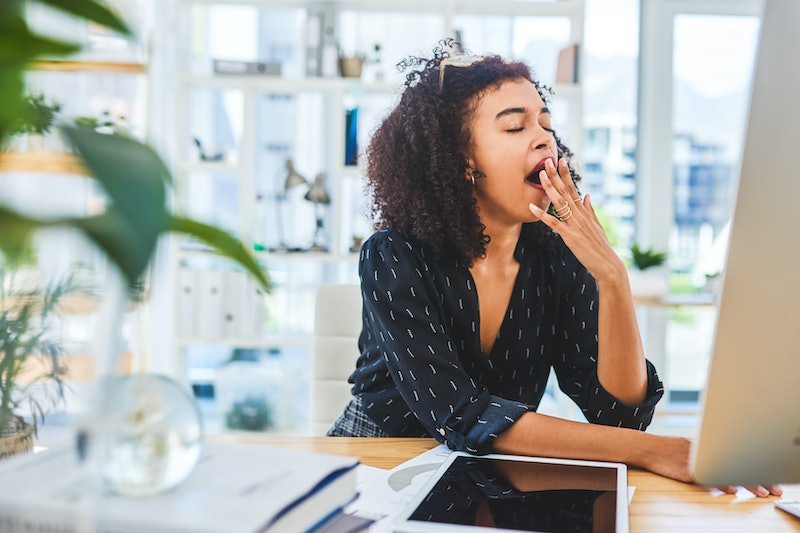 If the sheer extent of your commitments — full-time jobs, maybe a side hustle or two, a social life, commitments to exercise and volunteering — leaves you feeling miserable, overwhelmed and unable to get out of bed, you may be experiencing burnout. Burnout is brought on by chronic stress as a result of demanding work environments, and was officially recognized as a condition by the World Health Organization in 2019. But while burnout has recognizable effects on energy and mood, scientists have also identified that it has tangible effects on your brain, including your ability to file memories and your response to stress.

The World Health Organization's definition of burnout has three elements: a feeling of exhaustion, cynicism or disenchantment about your job, and reduced performance at work. However, scientists are only just beginning to explore its effects on the brain.

"Research teams are demonstrating that burnout is not just a state of mind, but a condition that leaves its mark on the brain as well as the body," Dr. Sanam Hafeez, Psy.D., a neuropsychologist, tells Bustle. A lot of the symptoms of burnout, she says, overlap with those of depression, but it has other specific impacts on the brain. When you're burned out, she tells Bustle, "your brain loses the ability to shift states easily, utilize energy, and maintain positive mood balance."

The physical effects of burnout on the brain are far-ranging. One of the major neurological symptoms of burnout is the enlargement of the amygdala, an almond-shaped part of the brain that helps us process fear and emotions. A study published in Cerebral Cortex in 2015 found that people exposed to occupational stress had much larger amygdalas than their less-stressed peers. "This can increase moodiness," Dr. Hafeez says, "and can also causes you to have a stronger stress response when startled." Other studies have also found that long-term burnout stress can reduce the connection between the amygdala and other areas of the brain, lessening your ability to regulate your emotions.

While some parts of the brain may get bigger when you're burned out, others will get smaller. "Burnout causes the prefrontal cortex — the part of the brain responsible for cognitive functioning — to thin," Dr. Hafeez tells Bustle. A study published in PLoS One in 2013 found that people with burnout experienced reductions in the volume of their prefrontal cortexes, and also had smaller basal ganglia, which help coordinate movement. The burned-out people in the study were less able to control their negative reactions to stimuli, and were much more easily startled. Their burnout had made their brains much more sensitive to stressful situations, even outside of work.

The researchers behind that study thought that the way the prefrontal cortex degraded might also explain why people with burnout experience issues with their attention and memory. A review of studies about occupational stress published in Frontiers of Psychology in 2017 found that people with burnout consistently reported problems with memory, attention, and executive cognitive functions like decision-making.

"If your brain is on overload, parts of the brain that control memory and attention spans are weakened," Dr. Hafeez tells Bustle. "This makes it more difficult to learn new things and retain old ones." The brain, like a computer, only has so much memory space, and needs to clear space regularly to help form new memories and solidify old ones. For non-stressed brains, the prefrontal cortex performs a lot of those functions. But in people with burnout, it's less capable of doing these jobs.

Burnout has clear and lasting impacts on the functioning and structure of the brain. Research is still ongoing about how to reverse these effects, and what to do to help treat people who've experienced burnout. For now, it's worth remembering that it's not all in your head; burnout really can change the way you think, make decisions, remember important details, and react to stressors.