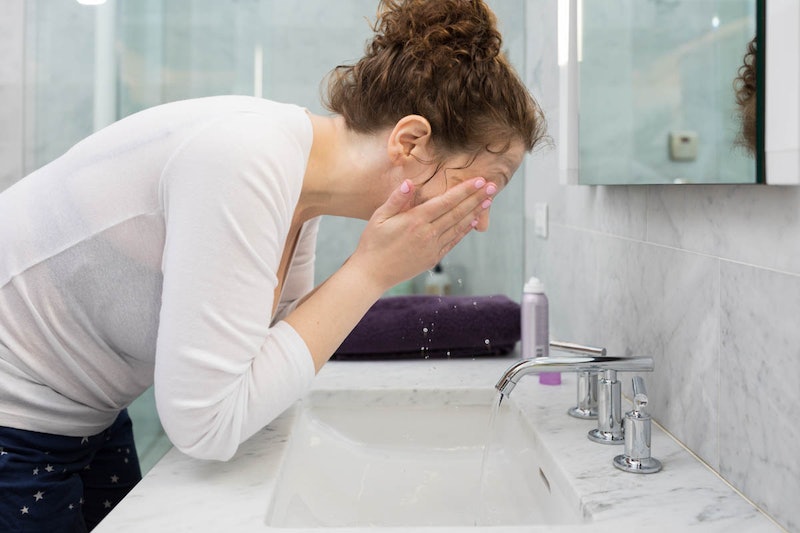 If you've ever had a panic attack before, there's a high likelihood you'd like to avoid one in the future, please and thank you. The Anxiety and Depression Association of America estimates that 44 million people in the U.S. live with an anxiety disorder, and about 2 to 3 percent of Americans experience a panic attack in a given year. Panic attacks, the mental health organization Mind explains, are "an exaggeration of your body's normal response to danger, stress or excitement", and ramp up the body's adrenal system into over-arousal, causing hyperventilation, heart palpitations, disorientation and other symptoms. But what causes panic attacks? According to Professor Richard Zinbarg, chair of the psychology department at Northwestern University, there are two behaviors or habits that can make them more likely — and, luckily, that there are ways to deal with them.

One of these aspects, Zinbarg explains, comes from a characteristic that's common when you have anxiety: "anxiety sensitivity." This, he tells Bustle, is "the fear of panic attacks, anxiety and panic-related and anxiety-related sensations," and it "both exacerbates the intensity of a panic attack and increases the frequency of attacks." This is pretty basic: if you're afraid of having a panic attack, the hint of one is likely to make your anxiety go into overdrive.

"Being high in anxiety sensitivity," Zinbarg tells Bustle, "means that in addition to however intense the primary anxiety or fear response is, the individual will experience additional anxiety or fear. Further, the person who is fearful of anxiety and panic will be vigilant for signs of them and so is more likely to notice very mild and subtle sensations that are anxiety- and panic-related." If you get uneasy at the very thought of having a panic attack, this idea will seem familiar to you. And it can mean that sensations like an elevation in heart rate, which is associated with non-threatening things like excitement or anticipation, may seem really alarming — and can set off a panic attack.

The second behavior will also likely seem familiar to people who have noticed a particular trigger for their feelings of panic — avoidance and/or escape behaviors. Basically, these are habits where someone anticipates that they will have a panic attack in a situation "in which it might be difficult to get help, or difficult or embarrassing to leave," says Zinbarg," or they fear "what will happen if they don’t leave where they are (e.g., a mall, a store, a crowded place) while they are having a panic attack." While these behaviors may feel second nature for someone who is looking to avoid a panic attack or avoid exacerbating feelings of panic, in the long term, it can be detrimental.

The issue with this behavior is that it may avoid panic attacks in the short term, but it may also create more in the long run. Avoiding a situation where you might have a panic attack "prevents the person from testing their fear and seeing that nothing awful will happen even if they panic in the situation. Thus, the long term consequence is maintenance of the belief system driving the panic in the first place — and hence, maintenance of the panic."

But these habits aren't necessarily set in stone — it's important to take note of these behaviors without judgment, and acknowledge how you can respond to feelings of panic in a way that will minimize your feeling bad. "Engage in techniques designed to help you to accept anxiety/panic rather than fear them and trying to push them away," Zinbarg suggests. "There are various techniques for doing so, including some derived from traditional cognitive-behavioral therapy (CBT) and some derived from mindfulness-based approaches. There are good self-help guides representing both of those perspectives, as well as well-trained therapists across the country and the globe." The point is, don't be afraid to seek out professional help: a therapist can help you understand the habits that help you cope with anxiety, and help you learn new techniques to manage it effectively.