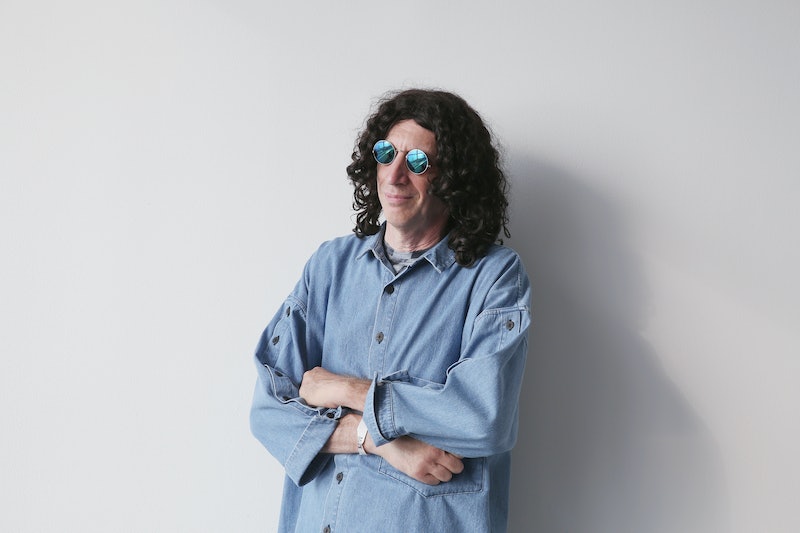 You can always trust a friend to put you in your place, and for Donald Trump, Howard Stern may have just become that friend. The shock jock radio host had some harsh words for his longtime friend during his radio program on Wednesday, going so far as to allege that the presidency will be bad for Trump's health. The program offers a quick, fascinating look into Trump's possible motives for running, how the stresses of the presidency may affect his health and mental well-being, and even questions the legitimacy behind his highly publicized all-out war with the press.

Throughout the program, Stern expressed his hesitancy toward Trump's policies as president, but likewise with his candidacy in the first place. He believed that Trump's run didn't start out as authentic, and was merely a ploy to boost ratings for his reality television show, The Apprentice. (Trump, of course, still holds an executive producer title while serving as president). The president hasn't said anything to the public to suggest his run was initially a ploy.

"I think it started out as like a kinda cool, fun thing to do in order to get a couple more bucks out of NBC for The Apprentice, I actually do believe that," Stern said. "He just wanted a couple more bucks out of NBC, and that is why Donald is calling for voter fraud investigations. He's pissed he won. He still wants Hillary Clinton to win. He's so f*cking pissed, he's hoping that he can find some voter fraud and hand it over to Hillary."

This theory has long been touted by people opposed to Trump, but is perhaps the first time it is being fleshed out by one of his friends. Of course, the theory is just that — a theory. It has not in any way come even close to be proven. On camera, at least, Trump seems to be quite enjoying his presidency.

There has always been plenty of talk about whether Trump feels validated both by the public at large and by the media. Stern believes that the president will be unable to satisfy either of those groups, and alleges that Trump's mental health will degenerate as a result. Stern said:

I personally wish that he had never run, I told him that, because I actually think this is something that is going to be detrimental to his mental health too, because, he wants to be liked, he wants to be loved. He wants people to cheer for him.

He likewise believes Trump's attitude toward the press is a recent development, saying that he usually "loves the press" and that their tense interactions are somehow bad for his health. All of this of course runs contrary to the narrative Trump has crafted through his campaign and his first days in office. But who knows better than a friend, right? We'll see if the angry tweets come in the morning.