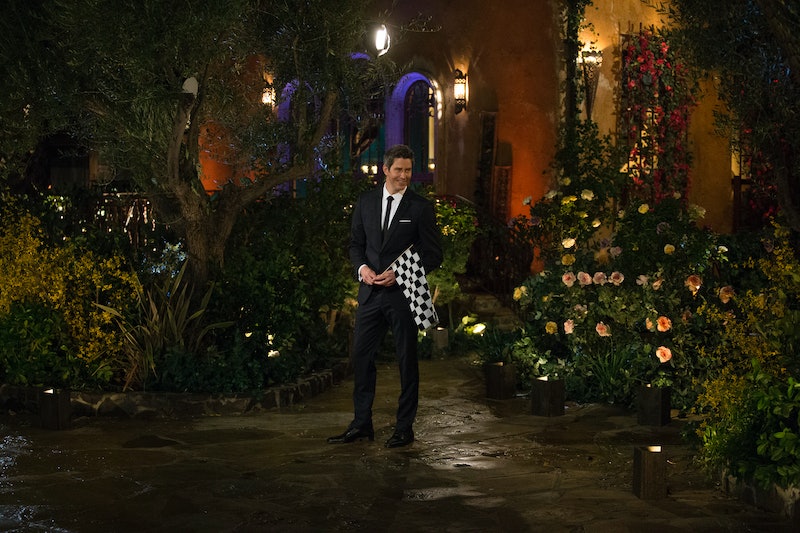 The newest Bachelor, Arie Luyendyk Jr., has a career as a race car driver – but he's a whole lot more than that. While fans of the Bachelor franchise were introduced to Arie during Emily Maynard's season of The Bachelorette and had plenty of time to learn about him, one season of television isn't enough reveal everything there is to know about a man. And Bachelor Arie's tattoo proves that he's also a musical superfan, and that there's far more to him than meets the eye.

While one may not expect a race car driver to also be a theater fan, Arie's devotion to one musical in particular proves that theater can be relatable to anyone. In an interview with E! News, Arie revealed that his tattoo count is three, and that latest tattoo is five iconic numbers "24601." If your next instinct was to sing the line "All I did was steal some bread..." followed by reciting the rest of the song "Confrontation," then you are just as much as a fan of the hit musical Les Misérables as Arie Luyendyk Jr.

Arie doesn't reveal the meaning and location of his other two tattoos, but there's only one that is of interest to fans of musicals. For those of you who haven't heard of Les Misérables or simply never attended any theater-kid parties growing up, 24601 is the prisoner number assigned to Jean Valjean, the musical's protagonist. Arie explains to E! News that he "just connected with that character," and "saw the play in London and so I got a tattoo." You may love musicals, but do you love musicals so much that immediately after seeing one you got a tattoo commemorating your emotional connection to it? Arie Luyendyk Jr. does that.

Of course, how couldn't Arie relate to Jean Valjean? Jean Valjean is a factory owner being pursued by a vengeful police officer for having stolen a piece of bread to feed his family. No matter what he does in life, he's never able to outrun the fact that he was once considered a criminal. Perhaps Arie has spent his whole life trying to outrun people declaring that he was "just a race car driver," and fought to prove that there were more levels to him than that. While some Bachelor contestants may try to appeal to Arie's career and talk to him about cars and racing, the contestant who is the first to recognize Arie's tattoo may find themselves making an even closer connection to him.

While Arie isn't actually Jean Valjean (are you shocked?) and likely will not be hearing the people singing a song of angry men at any point during his season of The Bachelor, this season may be the closest he'll ever get to having a large audience and possibly having a positive effect on people. While the struggle for freedom in early 19th-century France is a lot different than dating over two dozen women at once, Arie may find himself taking after Jean Valjean and putting the needs of women around him before his own needs.

At the end of the day, Arie's tattoo is only a small part of what makes him unique. While some viewers may look down on him and assume that Arie is nothing more than a driver, his tattoo reveals that he's far more well-rounded than people may assume. As long as Arie is the master of the Bachelor house, the lovely ladies competing to bring him home will be interested in everything there is to know about Arie, up until the final battle. While the Bachelor mansion may be filled with confrontation for a while, it will all be worth it in the end, when one person will be providing Arie with a heart full of love, even if it's just for one day more.

More like this
‘The Bachelorette’s Michelle Young & Nayte Olukoya Explained Their Breakup
By Stephanie Topacio Long
Bachelor Nation's Blake Horstmann Is Dating 'Love Is Blind' Star Giannina Gibelli
By Jake Viswanath and Radhika Menon
'Bachelor In Paradise' Finally Announced Its Season 8 Release Date
By Kadin Burnett and Grace Wehniainen
What’s New On Netflix: The Return Of 'The Umbrella Academy'
By Arya Roshanian
Get Even More From Bustle — Sign Up For The Newsletter