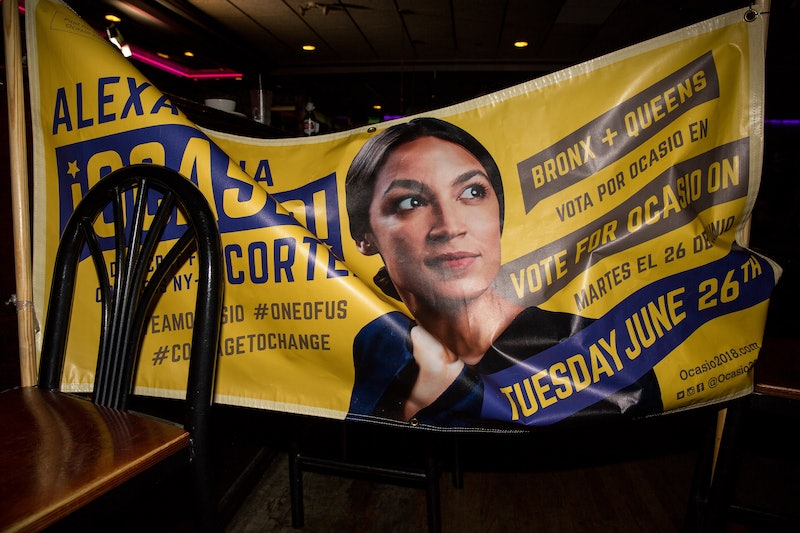 A Democratic Socialist candidate secured a historic victory in a New York congressional primary last week, winning the Democratic bid over a prominent, 10-term incumbent Congressman. Following this race, you may want to know more about what Democratic Socialists believe and what Alexandria Ocasio-Cortez, the victorious candidate, envisions for the future of the United States.

According to the Democratic Socialists of America (DSA)'s website, Democratic Socialists believe that democracy and socialism can coexist. Moreover, they support the notion that "both the economy and society should be run democratically — to meet public needs, not to make profits for a few," and argue that extensive changes need to occur to ensure that these institutions are made more equitable and democratic.

For me, democratic socialism is about ... I believe that in a modern, moral, and wealthy society, no person in America should be too poor to live ... Seems pretty simple. So what that means to me is health care as a human right. It means that every child no matter where you are born should have access to a college or trade school education if they so choose it. I think that no person should be homeless, if we can have public structures and public policies to allow for people to have homes and food and lead a dignified life in the United States.

Ocasio-Cortez's campaign platform reflects some of these views. For example, she supports "improved and expanded" Medicare for all and free public college tuition along with one-time student debt cancellation. She has also indicated her support for housing as a human right and for the notion that anyone who is "willing and able to work" should be able to find employment.

The Congressional candidate further discussed her thoughts on democratic socialism during an interview on NBC's Meet the Press on Sunday. She emphasized that, while she identifies as a Democratic Socialist, she is not necessarily encouraging other Democrats to do the same, noting that, for her, shared values override party labels. As Ocasio-Cortez put it:

Following Ocasio-Cortez's victory in New York's Democratic primary, the DSA reported a significant spike in memberships. According to the Daily Beast, on June 27, the day after Ocasio-Cortez's win, the organization had 1,152 new memberships. According to Lawrence Dreyfuss, a program associate for the DSA who spoke with the Daily Beast, this represents 35 times more membership sign-ups than those on an average day.

The Daily Beast also reported that the DSA similarly grew in size after Donald Trump was elected president in Nov. 2016. According to the outlet, in the month after Trump's election, the party had around six times more membership sign-ups than during the month prior. Moreover, since Trump's election, the DSA has grown in size from around 5,000 members in Nov. 2016 to around 40,000 members.

Overall, it seems that the DSA is certainly making waves in the Trump era — and Ocasio-Cortez's victory last week serves as an indicator of the appeal of its platform to many members of the public. The DSA's members, and Americans more broadly, will likely be closely observing to see if Ocasio-Cortez will secure a win in November's general election.