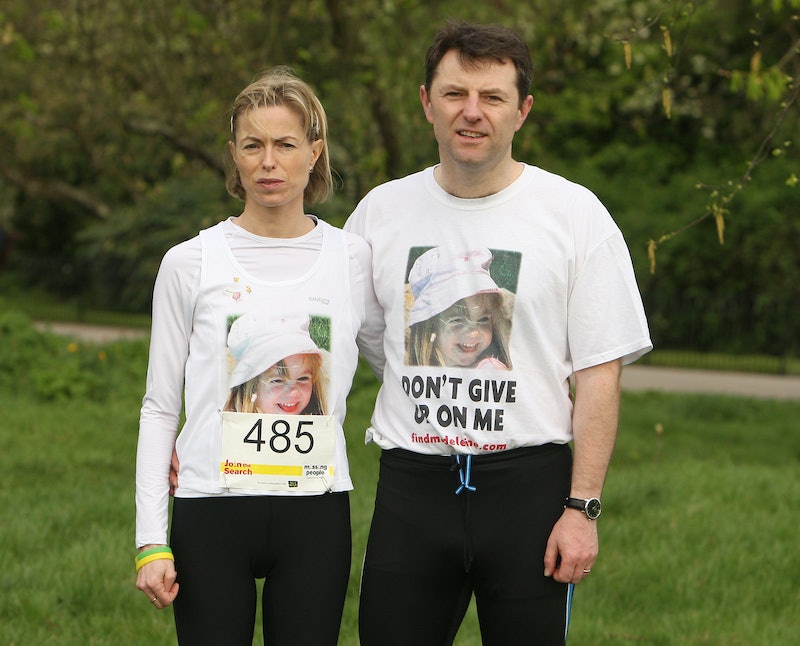 Netflix has always popular for its original series, with shows such as Stranger Things, Orange Is The New Black, and Master of None taking over not only our collective conscience for months at a time. Arguably, though, it's their true crime catalogue that is really thriving at the moment, and the recent documentary about the disappearance of Madeleine McCann in particular has been on everyone's mind. But what about the people who were hit the hardest by this tragic story? What do Madeleine McCann's parents think about the Netflix documentary?

The absence of Kate and Gerry McCann in the documentary is hard to ignore, and there's a reason why they decided not to partake. The McCann parents did not support the making of this documentary, publishing a statement ahead of its release that read:

"We are aware that Netflix are planning to screen a documentary in March 2019 about Madeleine’s disappearance. The production company told us that they were making the documentary and asked us to participate. We did not see and still do not see how this programme will help the search for Madeleine and, particularly given there is an active police investigation, could potentially hinder it. Consequently, our views and preferences are not reflected in the programme. We will not be making any further statements or giving interviews regarding this programme."

Kate and Gerry McCann's spokesman Clarence Mitchell spoke on This Morning about the couple's view on the documentary series, stating:

"This fuels those conspiracy theorists, there's whole websites and forums dedicated to vilifying them and others around them, myself included. It's nonsense. If the allegations that have been disproven and discounted are aired again, I'm afraid it will fuel that. Kate and Gerry ignore all of that."

As the BBC reports, it was May 3 2007 when Madeleine McCann went missing while on holiday in Praia De Luz. The three-year-old was in the same room as her brother and sister, who were babies at the time, but. when their mother Kate returned to the room, hse found Madeleine was gone from her bed. The alarm was immediately raised and a frantic search began to find the little girl.

In the time since Madeleine's disappearance, despite extensive investigations, it is yet to be discovered what happened to her. Speaking in an interview with Fiona Bruce to mark ten years since her daughter's disappearance, Kate shared that they still hope that their daughter will come home:

"Ten years is a long time, but ultimately we're mum and dad, she's our daughter, she's got a brother and sister, grandparents and lots of family and friends. So it would be absolutely fine, it would be… beyond words, really."

Kate and Gerry also spoke candidly about their efforts to give their other children as normal a life as possible, saying: "One of our goals, obviously ultimately finding Madeleine, was to ensure that Sean and Amelie have a very normal, happy and fulfilling life, and we'll do everything that we can to ensure that."

Since the disappearance of Madeleine, her family have been very much in the public eye. Sadly, despite the family's efforts, Madeleine parents and younger siblings have received some horrific online trolling, the Guardian reports.

Netflix's documentary, The Disappearance Of Madeleine McCann, has been hugely popular despite the absence of Madeleine's family, and has brought the case into the spotlight once again.

Watch The Disappearance Of Madeleine McCann on Netflix.