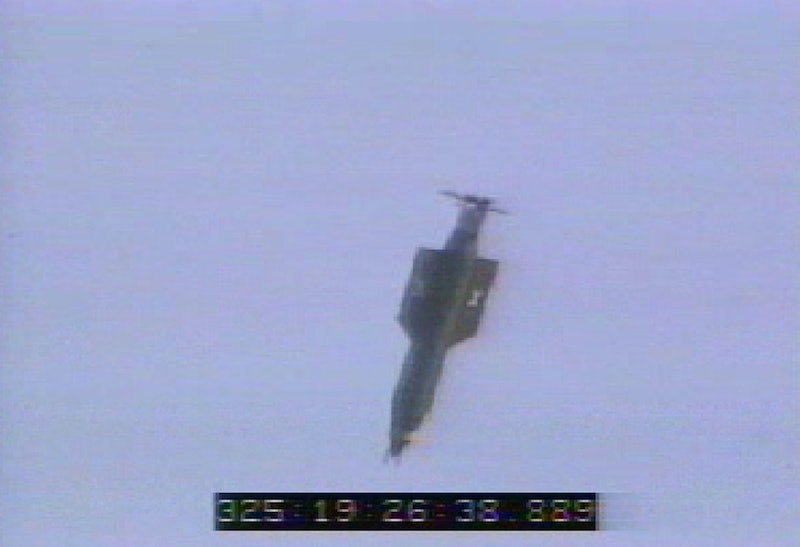 After Pentagon officials confirmed that the United States dropped its largest non-nuclear weapon from its military arsenal against a reported "large contingent" of the Islamic State in the province of Nangarhar, Afghanistan, many are wondering how much the "mother of all bombs" costs.

The colossal bomb — officially referred to as the GBU-43/B Massive Ordnance Air Blast — weighs 21,600 pounds and was first developed by Albert L. Weimorts in the Air Force Research Laboratory. It was tested for the first time in 2003, and gained recognition as a weapon in psychological warfare — due to the hopes that seeing what it's capable of would act as a deterrent to other countries — during the invasion of Iraq, though it was never used.

The bomb costs millions. To be precise, the "mother of all bombs" costs $16 million per unit, according to Deagel, a military news and information website. So far, the United States government has exhausted a total $314 million on the production and development of GBU-43's. The unprecedented deployment of the bomb — which has a mile-long blast radius — has stunned people across the world.

Donald Trump touted the bomb as "another successful job," going on to say that he is "very, very proud of our military" while talking to the press at the White House.

According to Press Secretary Sean Spicer, the "large, powerful and accurately delivered" GBU-43 bomb was deployed 7:30 p.m. local time in Afghanistan and the United States took precautions to avoid civilian deaths along with "collateral damage." He added, "We targeted a system of tunnels and caves that ISIS fighters used to move around freely, making it easier for them to target U.S. military advisers and Afghan forces in the area."

The Independent reported that Gen. John Nicholson, head of United States and international forces in Afghanistan, approved the nature of the deployment, and said that it is "the right munition to reduce these obstacles and maintain the momentum of our offensive against ISIS." Nicholson's comments may be referring to the GPS tracking systems within GBU-43's, which are supposed to make them "accurately-delivered" weapons.

According to The Independent, retired Lt. Col. Rick Francona told CNN that the "mother of all bombs" would "feel like a nuclear weapon to anyone near the area."

Hamid Karzai, the previous president of Afghanistan, tweeted a condemnation against the deployment of the GBU-43. The Pentagon has yet to provide clear results highlighting any civilian casualties after dropping the bomb from an MC-130 aircraft.

However, according to BBC News, locals claim that "many Islamic State militants were killed."