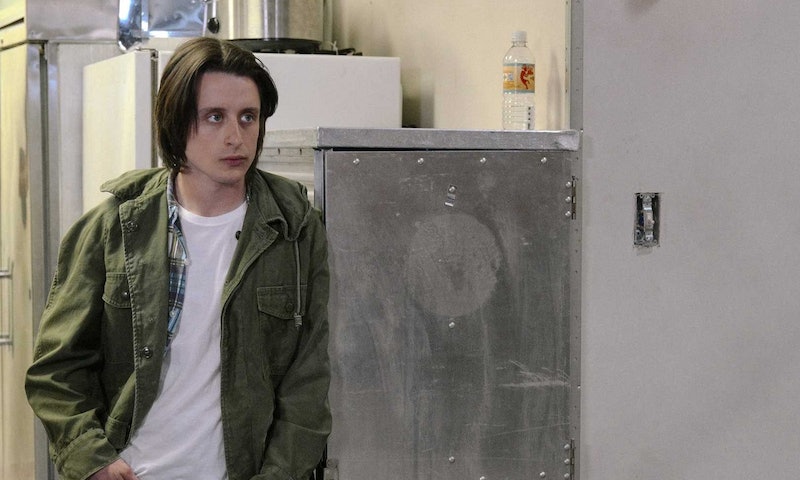 Paramount's 2018 miniseries, Waco, retells the story of the infamous 1993 siege at the Branch Davidian compound in Waco, Texas, during which 76 people — including Branch Davidians leader David Koresh — died. It includes one of the few survivors of the deadly standoff: David Thibodeau, who's played by Rory Culkin. Of course, Thibodeau looks much different now than he did during the events of the show. He's currently around 50 and — as of 2018 — living in Maine. But as a consultant on Waco, he worked closely with the set design and wardrobe crews to accurately recreate the Branch Davidian compound and the people who lived there. (His 1999 book, A Place Called Waco: A Survivor's Story, also served as inspiration for the series).

Thibodeau told The Dallas Observer that though Waco ultimately got a few things wrong, he understood those changes were necessary to ramp up drama, and was impressed by the show's level of detail. "The chapel looked exactly like it did 25 years ago," Thibodeau said, adding to Time that being on set "was like going back in time."

In the past, Thibodeau has been critical of the way Branch Davidians have been portrayed onscreen and in the media — namely in that he believes the religious sect has been villainized. He told the Dallas Observor that he never considered himself to be a true Branch Davidian, and that while he "believed Koresh was a prophet," he and many of Koresh's followers did not "worship" him. To Thibodeau, Waco's retelling marks "the first time that all sides of the story have been told," he said in an interview with The Bangor Daily News.

All these years later, music — something that initially bonded Thibodeau with Koresh — continues to be a part of his life. He spends much of his time as a drummer with his band The Blast Addicts. Thibodeau also told the Observer that he still has deep faith, and though he's no longer part of a church, he continues to visit fellow Davidian survivors Clive Doyle and Shelia Martin in Waco when there's a reunion or memorial.