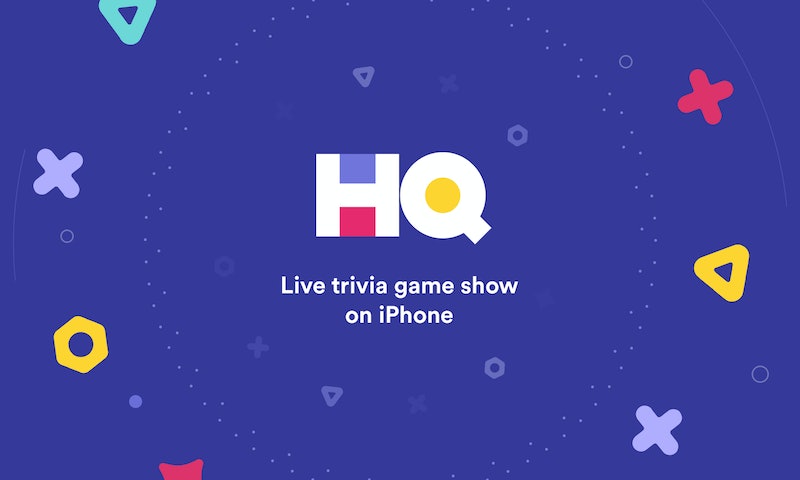 The iPhone app game that’s quickly becoming the internet’s new obsession, HQ Trivia, comes with several quirks, but none is as strange to newcomers as the comment section. If you join the game late, or if you're eliminated early, you can watch the approximately 14-minute game as a spectator, and let your eyes glaze over the mostly lawless land of the fast moving comment thread. Here you'll see plenty of words of adoration directed at the game's regular host "Quiz Daddy" Scott Rogowsky, some unfortunate name-calling and unsavory language, and a consistent stream of users writing "dink," "dink dink" and "dink fam." So what does "dink" mean in HQ Trivia?

First, let's back up. If you haven't already become addicted to the game, it works like a massive version of Who Wants To Be A Millionaire?, except there's no phoning a friend and the money prize tops out at a few thousand. Every day at 9 p.m., and on weekdays at 3 p.m., the live game begins with a comedian host reading off multiple choice questions. There are 12 rounds in all with 10 seconds to answer each. Once you get a question wrong, you're eliminated (unless you have an extra life). The winners of the game split the monetary prize, but, if there is no winner, then it rolls over to the next game to make a bigger jackpot, lottery style.

If, like me, you are woefully out of touch with internet culture, you might have presumed that these people were referring, for some odd reason, to the already established 1980s acronym "DINK," which refers to childfree households with two partners who work as "dual income, no kids."

These gamers, however, are not promoting their lifestyle of choice, but instead are writing "dink" as a shout out to other fans of the weekly "Jenna & Julien Podcast," which is hosted by Youtube celebrity Jenna Marbles (real name Jenna Mourey) and her boyfriend Julien Solomita. Marbles rose to fame several years ago with her viral videos, including "How To Avoid Talking To People You Don't Want To Talk To."

According to Heather Merrick in an extended tweet on Medium, "dink dink" became associated with the podcast, because the hosts often sing "dink" to the beat of their title music, a stock electronic track called “Champ” by Gunnar Olsen. Though the music doesn't really sound that much like "dink," Marbles and Solomita's atonal rendition was popular among their fans.

Thus their followers became known as the "dink fam," a title which Urban Dictionary claims extends beyond the podcast to fans of their Twitch and individual vlogs and streams — even if some regular watchers are confused by the "dink" connection.

So, why are all these "Jenna & Julien" watchers rushing to the comment thread at HQ Trivia? Well, in episode #163, which dropped on Nov. 6, the hosts talked about how cool the game was and compared it favorably to something you might see in Black Mirror, which, in turn, drove many of their fans to check it out, as this Reddit thread points out. Basically, the "dink dink" call-and-response on HQ Trivia is a sort of secret handshake among the initiated. While it might seem annoying or off-putting to those unfamiliar with Marbles and Solomita, it also gives a sense of community for their active fan base.

Unlike podcasts hosted by comedians, television personalities, and journalists, which might focus on more traditional media, "Jenna & Julien" is steeped in internet culture, with conversations regularly touching on gaming, Twitch, YouTube, and more. Though they have tens of thousands of fans, it's still a young, niche market and it can be nice knowing you've found others from your corner of the expansive online landscape — your "dink fam" if you will. Dink away, HQ Trivia commenters. Dink away.

More like this
Using Your Pet’s Name As A Password? Here’s Why You Might Want To Change It
By Cristina Sanza
How To Add Music To An Instagram Post
By Emma Carey
How To Use The Crying Filter On Snapchat, TikTok, Instagram & More
By Emma Carey
On TikTok, Miley Cyrus’ “Malibu” Is The Soundtrack Of Growth
By Courtney Young
Get Even More From Bustle — Sign Up For The Newsletter