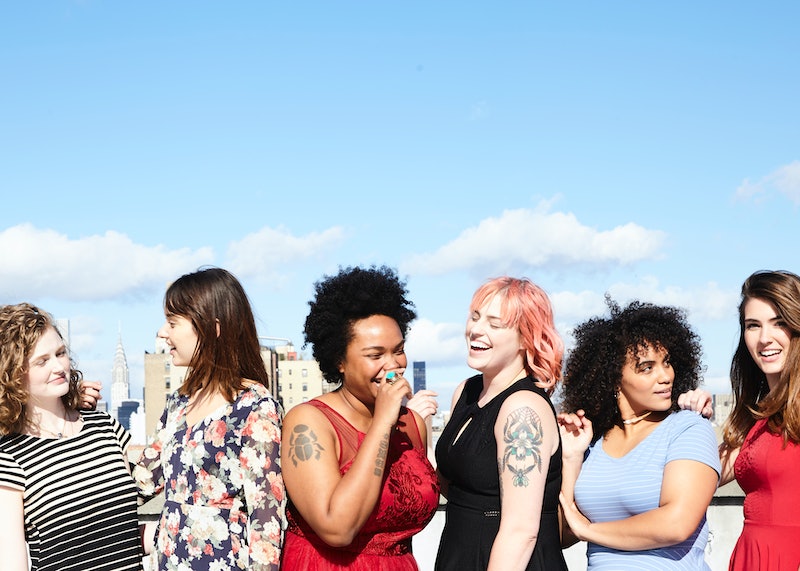 As is true with a lot of phrases, as soon as "fam" moved into popular vernacular, the people who were guilty of appropriating and overusing it also became the ones to declare it dead. If you're looking to memorialize the slang trends of 2016, you may still be wondering, "What does 'fam' mean?" For starters, it's been around for a lot longer than you probably realize.

"Fam," though short for "family," doesn't literally mean your biological relatives; instead, it refers to the people in your life with whom you're particularly close. Your best friends. Your chosen family. "Ones that you can trust dearly," according to a popular Urban Dictionary entry from 2003.

"Fam" can be used as a standalone term, though more recently it's become intertwined with the phrase, "It's lit, fam," used both literally and ironically to describe situations that are either actually fun or really, really terrible.

According to a 2015 conversation on the subreddit EXPLAIN LIKE IM WHITE, "fam" began to emerge in the United States in the early 2000s, though it's been used throughout the UK for a number of years. u/SplintPunchbeef accredits the rise in American usage to The Diplomats (popularly known as Dipset), a Harlem-based rap group featuring Cam'ron, Jim Jones, Juelz Santana and Freekey Zekey. In their 2003 hit, "This Is What I Do," Dipset raps, "And that's my word fam, I swore to my mother I'd get you / Made a phone call, now I'm done with the issue."

From the beginning, "fam" has been used both as a genuine term for your chosen family, and as a sort of condescending, dismissive way of addressing people for whom you have little respect. As 2017 dawns, there's a good chance we'll see a decline in the usage of this word, particularly as part of, "It's lit, fam," but hey - you can say it if you want to.

So how do you use it in a sentence? I don't know, fam, how do you think?

I mean... yeah, that works. In a very literal sense.