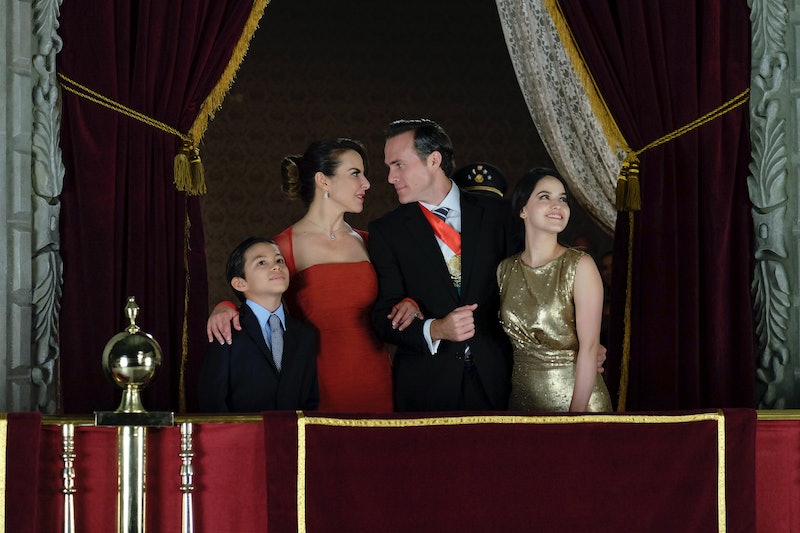 Netflix's new series from Mexico is a political thriller that fans of House of Cards, Scandal, and The Good Wife are sure to love. The title is deliciously appropriate, but English speakers might not get the significance at first. What does Ingobernable mean? It's a no brainer if you know the language.

Simply put, "ingobernable" is Spanish for "ungovernable" — don't let the fact that we also use "in–" and "able" in English fool you into thinking that the title is some kind of Spanglish wordplay. "Gobernar" is just the Spanish word for govern.

So, what's ungovernable about Ingobernable? I have a feeling that the title might be referring to a person rather than a country. According to the official description of the series, "Emilia Urquiza is the first lady of Mexico with big plans to improve conditions for the country through her commitment in fighting for peace. She is a woman with a strong personality, conviction and clear ideas that make her capable of doing anything. As Emilia starts to lose faith in her husband, Diego Nava, she finds herself at a crossroad where she will need to find a way to deal with a great challenge and uncover the truth."

What's more empowering than being ungovernable? This word seems to describe Emilia in a few ways. Nobody tells her what to do. According to the trailer, Emilia quickly finds herself on the run, possibly from the law itself. That adds another layer. After initiating divorce proceedings — a rare if not record-breaking move for a First Lady — the Mexican President is found murdered. Immediately following his death, Emilia goes missing.

With a nation in chaos and a First Lady turned fugitive, Ingobernable looks super exciting. The title only hints at the fascinating characters and vast conspiracy that lies under the surface.