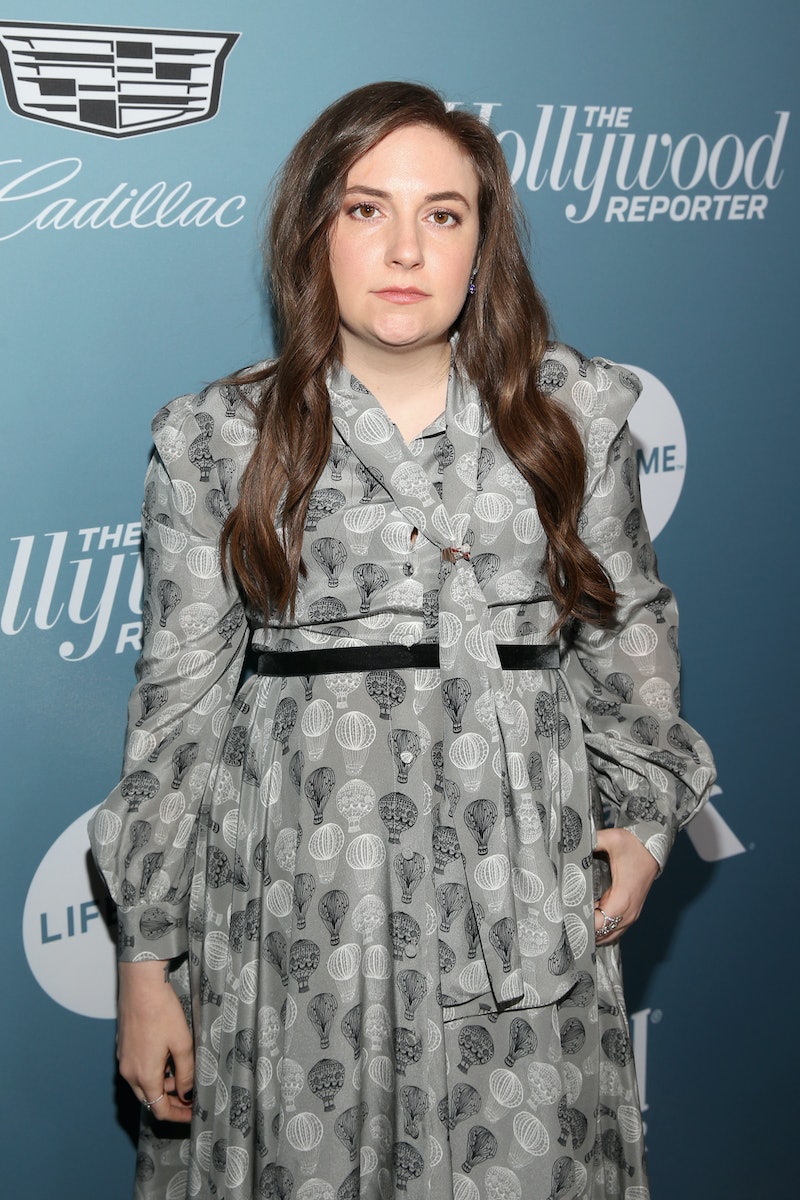 This is so much more than a new tattoo. Actor and writer Lena Dunham got a "Sick" neck tattoo, and it appears to be her most personal and powerful ink yet. Dunham revealed the tattoo and its significance via a photo in an Instagram post, shouting out those who live with chronic illness and voicing her solidarity.

Dunham has expanded her already copious tattoo collection with the word "Sick" spelled out in a rope font across the back of her neck. She offered some semi-cryptic insight about what the word, concept, and tattoo mean to her in the caption of an Instagram photo of the ink, writing, "Sometimes the thing you're most scared of being called is the best thing you can call yourself. Thank you @havenstudiobk for labeling me... and to my sisters in this dizzying but starry slog — I am lasso'd to you!"

Those of you who have been following Dunham's journey will likely interpret her caption as a reference to her endometriosis, which the Mayo Clinic describes as "an often painful disorder in which tissue that normally lines the inside of your uterus — the endometrium — grows outside your uterus."

The former Girls star has always been open about her health, documenting her surgeries, which have included a hysterectomy and ovary removal, her scars, and her recovery processes on her Instagram.

Ultimately, Dunham's new tattoo is a testament to having resilience while living with a chronic illness.

Her caption suggests that she is reclaiming the power from the word "sick" and that her brand new ink further connects her to other people who are diagnosed and living with similar illnesses. It also helps explain the importance of the unusual font that she chose.

Dunham's followers were all about her latest body art and let her know in the comments that flooded the post. Users who also have endometriosis and other chronic conditions shared how her ink impacted them. This user was quite moved, posting, "You're great. The tattoo is great, and inspires me to keep tackling my health issues."

Another user loved that Dunham was taking ownership, writing, "Many of us with chronic illnesses (Crohn's in my case) spend so much time and energy pretending we are fine for everyone else — I would love to tell the next person who asks how I am that 'I'M SICK, that's how I am!'"

This user applauded Dunham's art, writing, "That's SICK in the most awesome, most beautiful way possible. Sending all the positive vibes your way to show others that it's not just a word, it's a feeling, and your journey can make you feel like yourself again. And this time, the journey is SICK. Here's to living the best, SICKEST life we can."

Lastly, these two followers noted how Dunham's ink captured the power of tattoos and words in general. One wrote, "Keep expressing yourself how ever you see fit — that's the fun of tattoos, they're for you to enjoy and no one else." Another praised Dunham, writing, "I think it's great you are taking control over your own label and your fears. It's hard to do. That's empowerment."

Dunham's tattoo looks incredibly cool and clearly means something to her. It turns out to have meant something special to her Instagram community, as well.