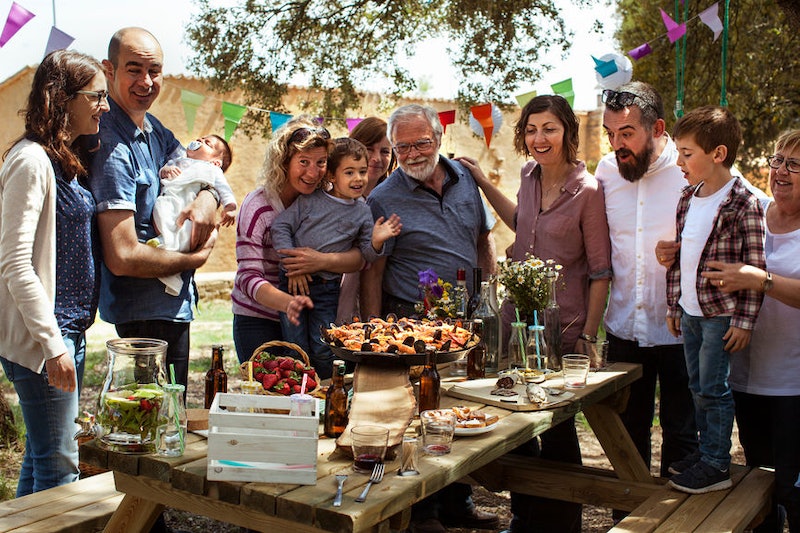 Depending on the size of your immediate family, you may have a whole load of relatives with very tentative links that you see once every few years. (Holla at all my Irish Catholic brethren with 800 aunties and uncles that they are not quite sure are their actual aunties and uncles!) Anyhow, you've got your first cousins, your second cousins, your step siblings, your half cousins. It's all very confusing, really. But one family connection is the most confusing of all. So what exactly does "once removed" mean? Because we've all been wondering it.

Right, so, let's start with the basics. When I say "removed," I don't mean removed like a dodgy mole, a bunion, or a wisdom tooth. Oh no, you can't get rid of your family that easily.

When it comes to family members, the word "removed" is far more confusing than that. And I bet you have heard it before and never really understood what it meant.

So I popped on over the Geneology.com to try and get a grip on what the fudge this phrase actually means. Their definition is detailed, if a little confusing:

Got it? OK, me neither. So let me break it down a bit further via the use of made-up names.

Make sense yet? I bet you are thinking, ain't that just second and third cousins? No guys, that's an entirely different thing.

Right, is this making sense finally? Maybe it might be easier to give examples in terms of one particularly well known family, the Royal one.

So, Princes Harry and William have a lot of cousins. One cousin in particular, Zara Phillips, has a few sprogs of her own. Her sprogs are William and Harry's first cousins once removed. And those sprogs are second cousins of William and Harry's bambini. Basically, they are a whole load of people away from being in line for the throne but still get to go to all the cool parties and that.

One way to maybe figure all of this out in your own family (when it comes to first and second cousins, not royal successions) might be to do a family tree of your very own. Online resources like Ancestry.com offer access to millions of public records and can help you elaborate on the information you have. And build up all of your cousins first, second, third removed and so on and so forth.