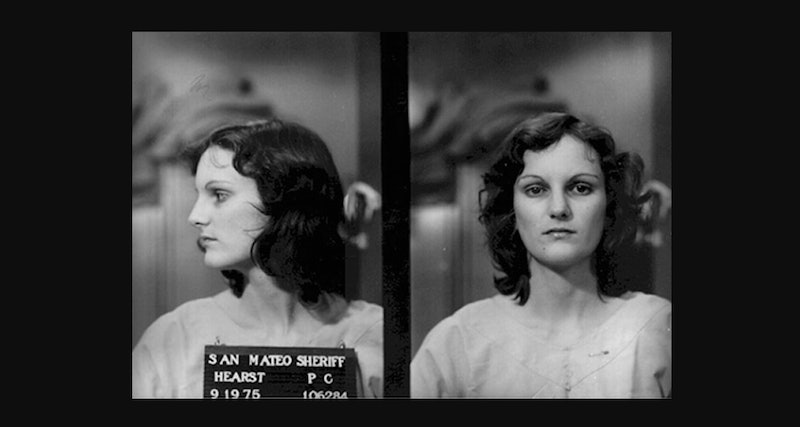 Patty Hearst, former newspaper heiress, made headline after headline in the '70s when she was kidnapped by the domestic terrorist group SLA (Symbionese Liberation Army). She resurfaced shortly after, working alongside the SLA. (She later claimed she had been brainwashed and threatened into joining them, per BBC.) CNN's documentary The Radical Story Of Patty Hearst aims to reexamine this part of her history. Today, Patty Hearst is living a normal life, or at least the normal life of a wealthy woman on the East Coast who wants to put this all behind her.

Despite her claims of Stockholm Syndrome affecting her role in the the SLA, Hearst was convicted of "armed robbery and use of a firearm to commit a felony" in 1976 and sentenced to seven years in prison, per the New York Daily News. CNN reported that, in 1979, President Jimmy Carter commuted her sentence — which resulted in her being released from jail after serving two years.

Since then, she got married, had children, wrote a few books, and has appeared in four John Waters movies. Hearst's acting career also includes guest spots on shows like Frasier, Veronica Mars, and The Adventures of Pete and Pete. In 2001, as he was leaving office, President Bill Clinton officially pardoned Hearst.

According to Deadline, Hearst has denounced the CNN series. "It’s no secret that I was abducted, raped, and tortured at 19," she said in an official statement. "What followed was a series of events that were the direct result of a child having been destroyed both inside and out." (CNN did not respond to Bustle's request for comment on Hearst's words.) The statement goes on to say that she is saddened by this renewed attempt to tell her story, which she has already given several times.

"This project is attempting to rewrite history and directly flies in the face of the present #MeToo movement where so much progress is being made in regard to listening, and providing a voice, to those who have suffered abuse."

A lot of time has passed since Hearst was first kidnapped, but it's clear that her experiences still weigh heavy on her today. That said, she's not letting what happened to her stop her from living.

"As hard as it was to do," Hearst said at the end of her statement, "I have grown well past the 19-year old me and gone on to become a proud wife, mother, and grandmother. I have no interest in revisiting such a violent and hurtful time in my life."

Her daughters, in fact, are in the spotlight in their own right. Gillian Hearst-Shaw is a contributing editor at Town & Country. There's also Lydia Hearst-Shaw (below), who is an actress, lifestyle blogger, and model. You may also recognize her because she recently married comedian and perpetual AMC talker Chris Hardwick.

As for Patty Hearst, she can also be seen with her French bulldogs, who compete in national competitions. She took home two titles at the 2017 Westminster Dog Show, according to the New York Times.

"I'm kind of walking on air at the moment," Hearst said in an interview with the NYT at the time. “Three of my dogs passed away last year — it was really shocking for them to go all at once. It’s lonely in my house, but soon I’ll hear the pitter-patter of little feet.”

Patty Hearst's life was always destined to have a spotlight on it. Her grandfather, William Randolph Hearst, built a castle that's now a national landmark, and was not so secretly the subject of Orson Welles' film Citizen Kane. Between that and the own horrors she's experienced in life, it's nice that she's been able to move forward and live the life she wants to — and speak up for herself when she feels the need to.