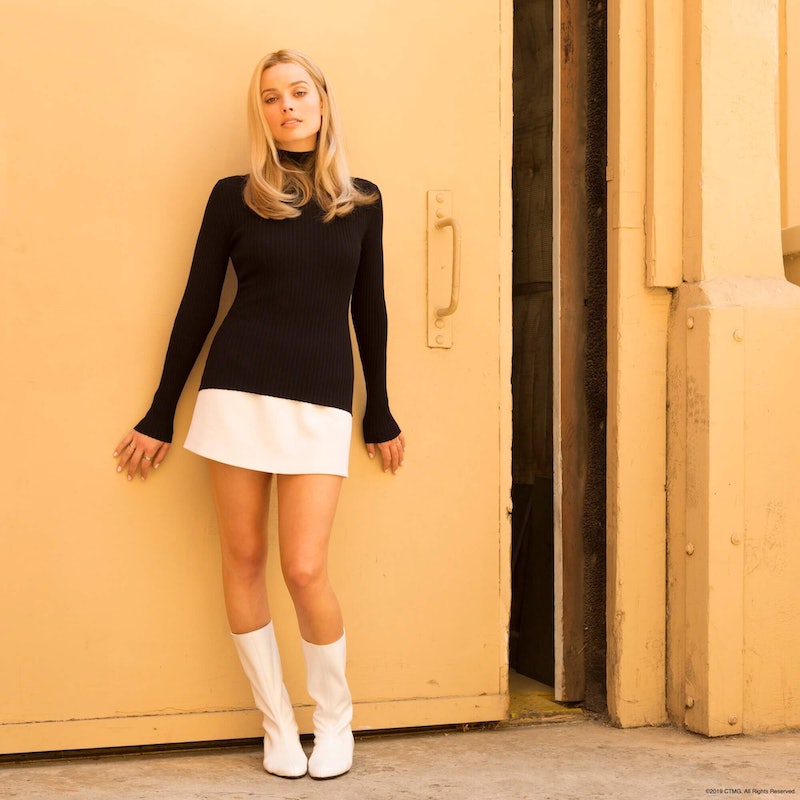 Quentin Tarantino's new period film Once Upon a Time in Hollywood does more than show the state of the film and TV industry in 1969. The movie also dramatizes the last days of actor Sharon Tate (played by Margot Robbie), who was killed by followers of Charles Manson on Aug. 9 of that year. So what does Sharon Tate's family think of Once Upon a Time in Hollywood? After all, it can't be easy to see such a harrowing real-life event involving your loved one reenacted in a major Hollywood production, even if said event occurred 50 years ago.

One member of the Tate family who has spoken out about her impressions of the film is Sharon's sister, Debra Tate. And not surprisingly, she initially had some major issues with the movie, and other dramatizations of her sibling's death. "It’s been exploitative since day one. It’s been the case since the media went crazy and has perpetuated mistruths making things even more salacious. It’s now morphed into something that is more fictionalized than truth at this point," Tate said in March 2018, according to Deadline. "To celebrate the killers and the darkest portion of society as being sexy or acceptable in any way, shape or form is just perpetuating the worst of our society. I am vehemently opposed to anything that does that. I’ve been dealing with this for 50 years now."

Debra also took issue with the film's original release date of Aug. 9 — the anniversary of her sister's murder — calling it "tacky and exploitative" according to TMZ. But after she voiced her concerns, Tarantino reached out to Tate and arranged a meeting. The director described his intentions for the film to Tate in July 2018, according to TMZ, and helped to assuage her concerns. "This movie is not what people would expect it to be when you combine the Tarantino and Manson names," she told the outlet. The studio also moved the film's release date up so it would not fall on the anniversary of Sharon Tate's death. Then in Aug. 2018, Tate visited the film's set and met the cast, and came away especially impressed with star Margot Robbie, who portrays her late sister, also per TMZ. Tate even lent Robbie some of her sister's jewelry to wear in the film, according to her Twitter. She's also listed in the Special Thanks section of the movie's credits.

As of late May 2019, Tate had not yet seen the film but had read the script, and by this point she was fully on board with Tarantino's vision. "Quentin is a very stand-up guy; he has a lot of morals," she told Grazia Daily's Anna Silverman, describing the three days she spent with the director the previous year. "When he presented me with the script I was very happy with it, but I won’t say one word about what happens. I promised him I wouldn’t. He pays attention to detail. I didn’t sign a non-disclosure agreement; he trusted me and I trust and respect him. I can see us being friends."

Still, Tate is holding some reservations until she sees the final product; though she remains optimistic. "I met [Robbie] and I was very happy with her as an actress," she told Grazia Daily. "I just hope they do Sharon’s true character justice. My fear is that things will fall short as they always have in the past. With each film that comes out, I hope they will do it right and I’ve always been disappointed. But with this one I’m extremely hopeful."

Despite her initial concerns, it seems as if Sharon Tate's sister Debra is OK with Quentin Tarantino's Once Upon a Time in Hollywood — just so long as the film honors her sister's memory rather than tarnishing it.

More like this
Gabby Petito’s Family Responded To The New Lifetime Movie About Her Final Days
By Grace Wehniainen
Lin-Manuel Miranda & Tituss Burgess React To 'Little Mermaid' Casting Backlash
By Radhika Menon
An Extremely Messy Ranking Of What Actually Happens In 'Don't Worry Darling'
By Chloe Foussianes
Paul Mescal, Man Of Mystery
By Samantha Leach and Heather Hazzan
Get Even More From Bustle — Sign Up For The Newsletter