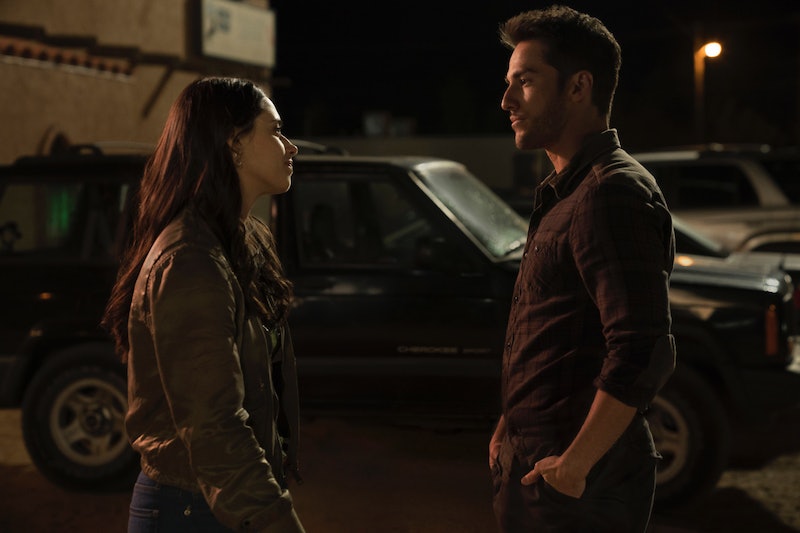 Aliens are among us — or at least, that's what the CW would have you believe. Come Jan. 15, the network will premiere its reboot of Roswell, the late '90s show that followed around hot teen aliens. It's being rebranded as Roswell, New Mexico, and will now follow around hot twenty-something aliens. But what do the original Roswell stars think of Roswell, New Mexico? It has the stamp of approval from most of the cast.

Roswell, New Mexico has the same core characters used in kind of the same way. It follows Liz, like in the original, but an older version of her. According to Cosmopolitan, she's just moved back to her hometown to care for her ailing illegal immigrant father, and she reconnects with her old high school pal named Max. He, along with his two siblings, are aliens, but grew up pretending to be humans. He now works as a police officer. Oh, and he's totally in love with Liz.

The original cast was just as stacked, featuring Shiri Appleby, Jason Behr, and Katherine Heigl. It premiered in 1999 and ran for three seasons before being canceled in 2002. According to The Hollywood Reporter, all of the O.G. stars have reached out to creator Carina Adly MacKenzie to endorse the reboot — except for Heigl. There's no word on why Heigl has kept quiet— maybe she hates the idea, maybe she just has nothing to say — but hey, the rest of the cast is onboard.

"[Shiri Appleby and I] have emailed back and forth. She's so wonderful," Mason told reports at New York Comic Con in October. "All of those actors... have gone on to do crazy things, but there's such a tender place in their hearts for this series... I met with Jason Behr, who played Max in the original series, and he was so kind to Nathan and I and he just said, 'Anything you need, give us a call. This is so exciting what you're about to step into. Take it all in.' It's been lovely having a sort of like built-in support system from that original cast."

Regarding the premise, MacKenzie told THR that she wasn't originally planning on making the characters older, but today's divisive political climate changed her mind. "When the world wasn't burning, I would've been cool to write the high school version of the show," she said. "I feel like there [now] is an urgency to ask smart questions. I want this show to feel like smart conversations with smart people who aren't on the same side of the issues all of the time.”

Of the reboot, Mason told Page Six she felt it was time to bring the show back, namely because it deals so heavily with immigration. "It's the right property to revisit. I don't think that's always the case [with reboots] but this one in particular really made sense," she said. "My character was Liz Ortecho in the book series. In the original show, she was Liz Parker [played by Shiri Appleby]. So there was part of the story here to really investigate and honor."

Parsons agreed with his co-star, telling Page Six, "We've jumped 10 years ahead. The show carries the same title and basis, but I think this is pretty original in its storytelling. There's this alien aspect but [Max is] also a cop. So it's this dichotomy between this very normal life as a deputy in the sheriff department… who also has secret powers."

Whether you're watching Roswell, New Mexico because you're a fan of the original or because you just need something new to tune into, the show seems sure to make you think and swoon over the star-crossed romance.