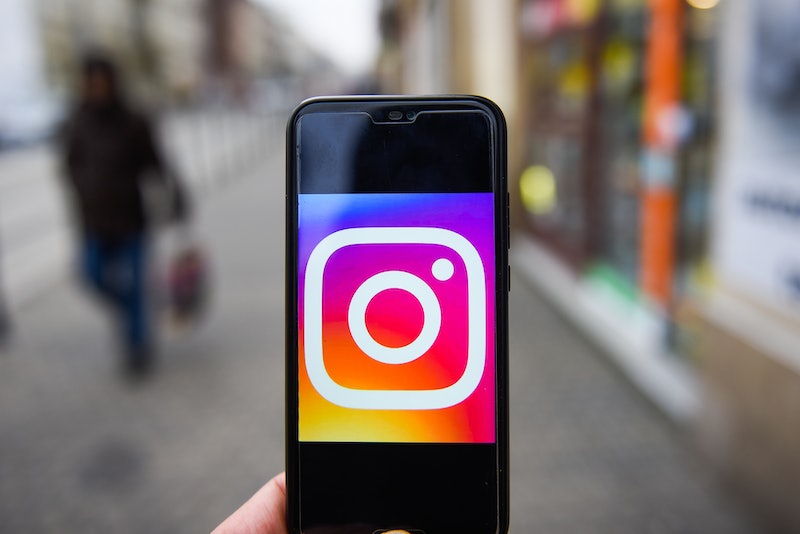 Among the many things people are doing to keep themselves entertained while quarantined — from virtual happy hours to push up challenges — is a new Instagram trend that's gaining popularity at a high speed. With nearly 600,000 tagged posts and counting, it's safe to say that the "until tomorrow" caption challenge on Instagram is officially a thing. You might have noticed posts in your feed that are atypical of certain accounts — photos that are old, un-posed, un-polished, or plain silly — paired with the mysterious caption, "until tomorrow." If you were to Like one of the photos, you'd soon find out what it was all about, as this challenge is activated by an interaction.

Like any good chain letter from the early aughts, this challenge has very specific guidelines and yet very unclear origins. The rules are that if you like a photo with an "until tomorrow" caption, the original poster has to send you a DM, challenging you to post your own photo for 24 hours, with the same caption — get it? Or, you can start the challenge by posting a photo and caption without being nominated. There's no word yet on what happens if you don't accept the challenge, but if you apply chain letter logic, you're likely subject to seven years of bad luck.

You can try to fight the urge to participate in this trend, or you can just open up the box of baby pictures and prepare yourself for the moment in which you give in and accept a challenge. Here's a step by step guide for participating in the 24 hour "until tomorrow" challenge that will likely last much longer:

Listen, the rules are vague, but the point is to post a photo that you wouldn't typically post on Instagram. That's where the challenge element comes in — it's supposed to be hard to leave this photo up because it's embarrassing. So scroll through your recently deleted selfies or dig through your middle school scrapbooks for a photo that makes you cringe — you'll know when you've found it because you instantly dread posting it. Now, post it, with the caption "until tomorrow," and wait for the likes to roll in.

If you've been nominated to post your own "until tomorrow" photo challenge, but live in fear that declining a chain-letter-esque challenge will leave you an ominous feeling in your gut, come up with a great excuse. Like the fact that you're literally not embarrassed by any photo of yourself and therefore cannot comply.

In all seriousness, try to be a good sport about things like this. People are trying to find ways to stay entertained and positive right now and you don't have to participate if you don't want to, but no need to put anyone down who is hoping to distract themselves with a ~silly~ challenge.