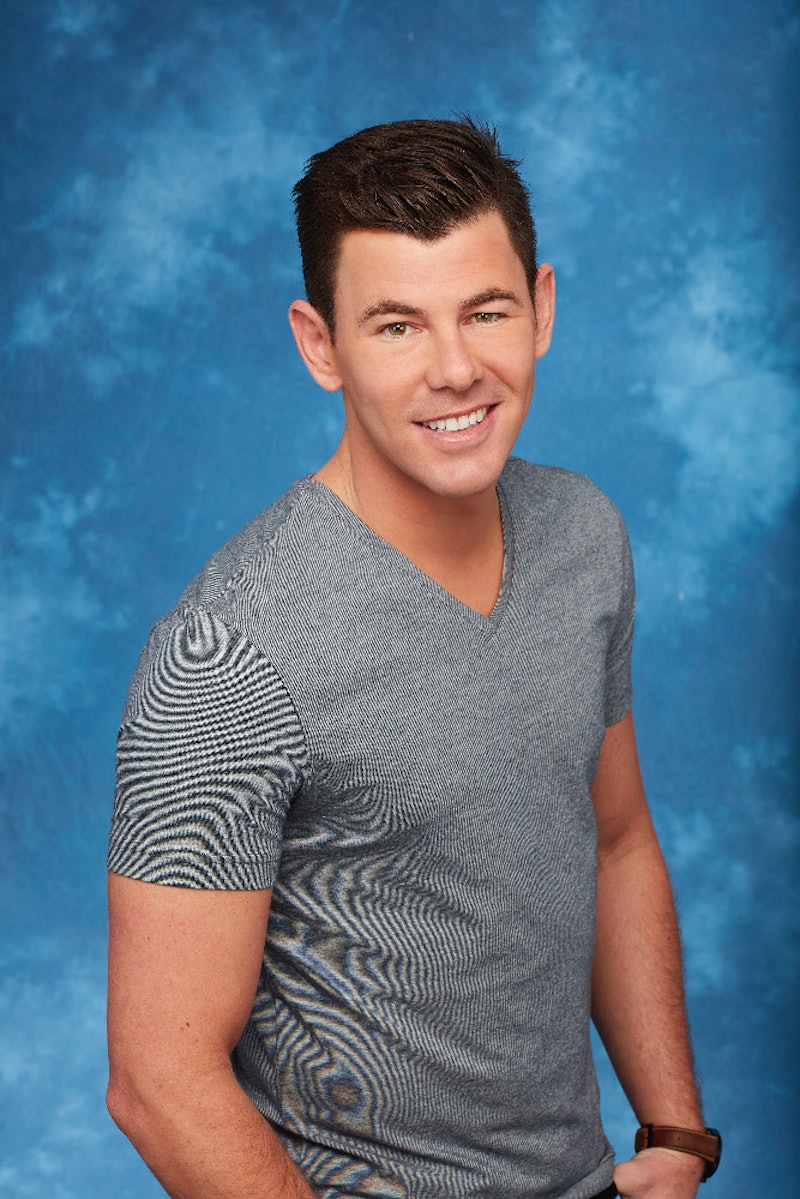 When it comes to The Bachelor and The Bachelorette, sometimes the contestants having quite the interesting occupations. For example, The Bachelorette Season 13's Lucas' job title is "Whaboom." You're probably asking yourself, "What the heck is 'Whaboom'?" Well, allow me to explain, though I'm not sure the definition will make it any clearer.

During a Facebook Live announcement of this season's contestants, host Chris Harrison described "Whaboom" as a word you won't find in Webster's dictionary or Urban Dictionary — yet. According to Harrison,

"It's a lifestyle. It's an essence. It's who he is. It's a noun, it's a verb, it's an adverb. You can be Whaboom, you can be Whaboomed, and you can Whaboom. You can call somebody a Whaboom."

OK? That doesn't really clear anything up, whatsoever. All I know is 30-year-old Lucas is probably already receiving a ton of attention for "Whaboom." Hmm.... maybe that was his plan all along? Either way, I don't get it at all. Here's hoping Lucas explains it well enough during the premiere, because my head is hurting trying to decipher it.

It doesn't really sound like Lucas is going to be a fan-favorite. Harrison characterized him as someone viewers will either love, love to hate, or just hate. Yeah, that's not a good sign. As Harrison said during the Facebook Live about Lucas, "You know that guy at the party you're hanging out with and you're like, 'I don't know whether I want to strangle him in his sleep or I find him endearing,'"? Ouch. That is not a good description.

As you can see above, Lucas is wearing an interesting shirt when first meeting Bachelorette Rachel Lindsay. Who wants to bet that it says "Whaboom"?

According to his biography on ABC.com, it appears Lucas also isn't afraid to cause some controversy. For example, after being asked if he could have lunch with one person, who would it be and why, he responded, "Dead: Bruce Jenner, Alive: Caitlyn Jenner …. Would be a very interesting convo." Yeah...

Oh, Lucas. I think it's safe to say he's going to make quite the impression this season. Who knows if it's a good one or a bad one, but I'm willing to put money on the latter.

More like this
Where Was 'The Bachelorette' Season 19 Filmed? More European Destinations Are On The Way
By Radhika Menon
It’s Official: 'The Bachelorette' Is No Longer A Fairy Tale
By Samantha Allen
The Best Memes & Tweets About Rachel's Group Date On 'The Bachelorette'
By Alyssa Lapid
Gabby & Rachel’s Best Looks From The Bachelorette
By Dominique Norman
Get Even More From Bustle — Sign Up For The Newsletter