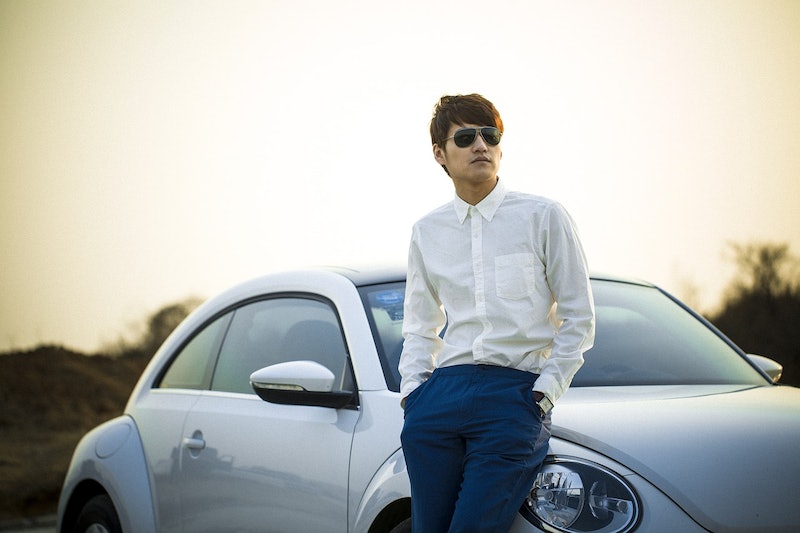 I keep seeing this strange word popping up across social media; and as is the case with most of today's slang, I had zero clue what it means. So I did what anyone would do and turned to the most highly respected and trustworthy source of information: Urban Dictionary. What does "zaddy" mean, according to UD? Here's what I learned.

A "zaddy" is a guy who's attractive and fashionable, with swag and sex appeal. Used in a sentence, you might say, "Did you see that guy at the mall? He was a total zaddy." Apparently, you can also use it as "zaddy zaddy zaddy," perhaps if you happen across an especially enticing gentleman, or maybe just because you've consumed one too many Red Bulls.

Back in the day, when Rob Kardashian and Blac Chyna were still a thing, she once referred to him as "zaddy" on her Instagram page. She's not the only one who jumped on the zaddy train, either. Some claim that it was Zayn Malik who originally coined the term, although I cannot confirm this with certainty. Also, who is Zayn Malik?

Most notably, "Zaddy" is the title of a Ty Dolla $ign song from 2016, the lyrics of which seem pretty in line with the meaning of it from Urban Dictionary. Behold, more uses of the word "zaddy" for context:

And here is the supposed zaddy who started it all. The caption reads, "Zaddy looking like a baby on fathers day," which leaves me entirely confused.

I'm pretty sure that's not how you spell Ed's last name, but he's Brandon's zaddy nonetheless. You go, Brandon.

You'll also find plenty of zaddies (zaddys? I don't even know) on Instagram if you simply search the hashtag, although I suggest you do it in the privacy of your own home, because things may get weird.