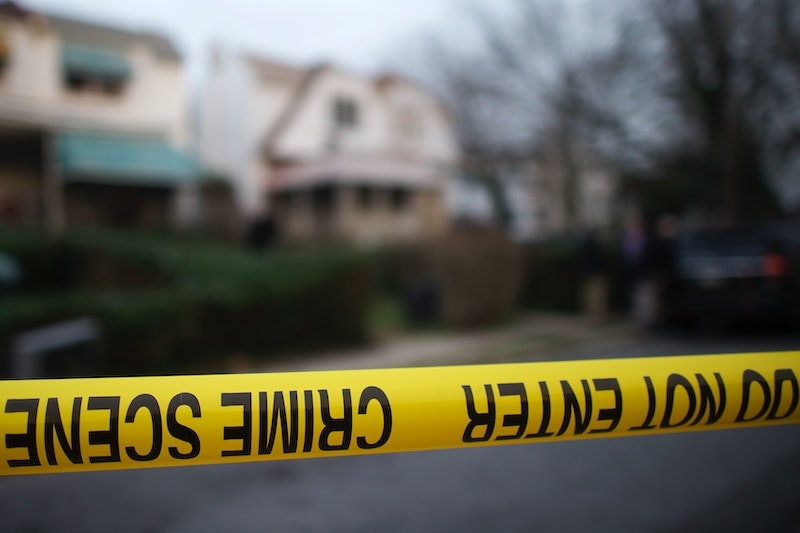 On Monday evening, a shooting near the University of Utah in Salt Lake left at least one person dead. Police are still actively searching for the alleged shooter, whom they have identified. Students at the university have been advised to secure in place.

Police were first alerted to the shooting at around 9 p.m. local time on Monday evening. As the New York Daily News reported, police first received reports of a man with a gunshot wound to the head shortly after this time. The Salt Lake Tribune reported that victim was shot and killed in a vehicle near the mouth of the Red Butte Canyon, which borders the university. The university issued an alert to students shortly after the discovery of the victim:

Police subsequently identified a suspect in the shooting and are still actively searching for him. Salt Lake City Police Sgt. Brandon Shearer told Deseret News that he "wouldn't call it an active shooter situation, but there is still a suspect who's armed and dangerous that [police] would like to take into custody."

The university is still advising students to secure in place, issuing an updated alert at 10:45 p.m. local time:

At 1:00 a.m. local time, the university lifted the order for some students, those located west of Mario Capecchi Drive. The updated alert also advised students to seek temporary shelter at the university's Marriott Library Plaza entrance, if necessary.

The Salt Lake Tribune reported that at least eight law enforcement agencies are contributing to the search for the suspect, including the FBI. Searches are taking place on foot and via helicopter. The Deseret News reported that Sgt. Shearer noted that the public should keep an eye out for anyone "who seemed to act suspiciously or as if they were hiding." The outlet also noted that police were conducting searches of buildings and dorms in the area throughout the night and urged residents to remain inside as these searches are conducted.

The Deseret News further reported that Shearer revealed that there were "several witnesses" to the shooting and that police were interviewing them throughout the night. Fox 13 News, operating out of Salt Lake City, also reported that witnesses told the station that, in addition to the individual who was killed, multiple people were shot and injured. However, the station noted that police have not verified that there are other injured victims and have only confirmed the death of one individual at this point.

The university has not yet made a decision about whether or not classes will be held on Tuesday. At around 1:15 a.m. local time, the school posted on Twitter:

It also noted that the final decision on whether to proceed with classes as scheduled will be made "in a few hours."

Those on Twitter have posted about the shooting, expressing condolences for the victim and their family and concern for the university's students. Others noted their fear that the alleged shooter is still at large and expressed hope that law enforcement officials would locate him soon.

Many members of the public will likely be very closely watching for updates as police continue to search for the alleged shooter — and keeping the university's students closely in their thoughts as they await more news.