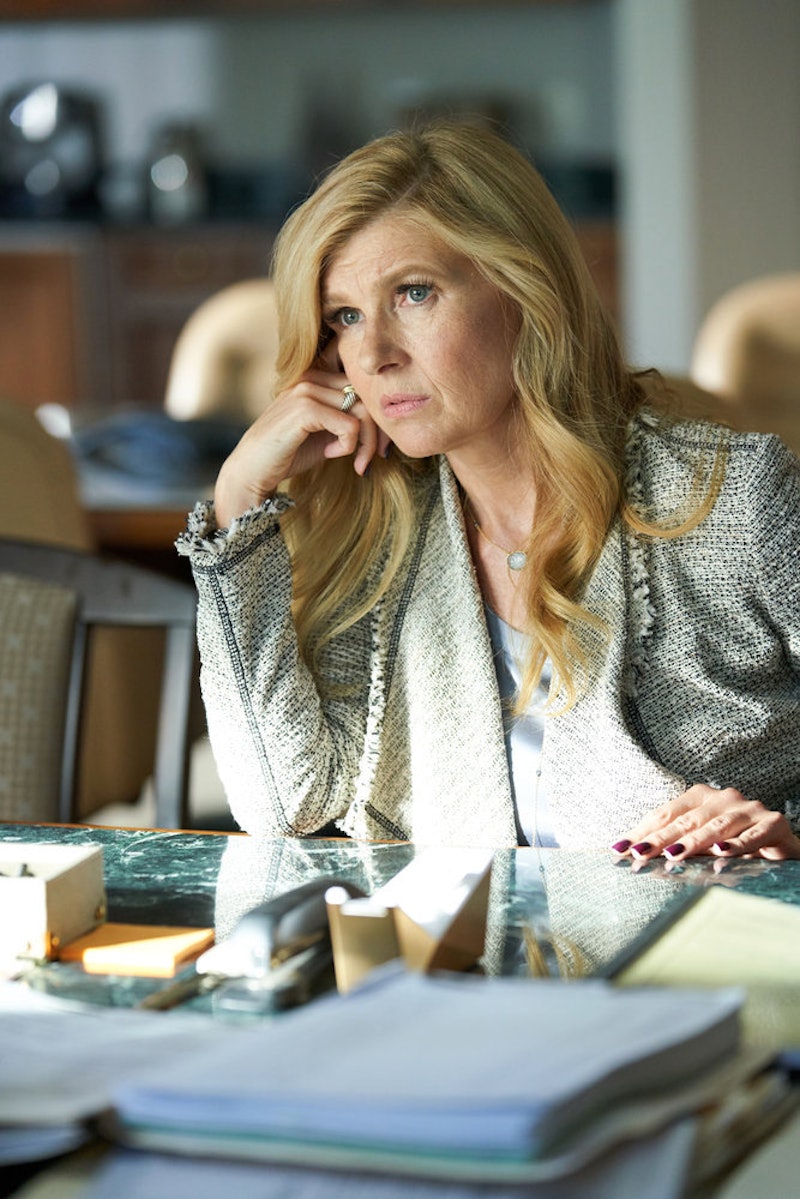 Spoilers ahead for Bravo’s Dirty John and the Los Angeles Times podcast of the same name. Even when it doesn’t seem possible, Dirty John takes an even more stomach-churning turn. The Bravo drama, based on real-life events first reported by the Los Angeles Times, explored a dark chapter of the Newell family’s past this week, and was all about what happened to Cindi Newell, Debra’s sister.

The flashbacks to decades prior to the show’s timeline serve to help viewers understand why exactly Debra is so forgiving of John, even after she finds out he’s been lying about so much. Debra remembers her mother, Arlane, and just how important forgiveness was to her after her other daughter was killed. Cindi Newell was murdered by her husband, Billy Vickers, as shown in the newest episode and further outlined by the Los Angeles Times’ reporting. As horrifying as that is, the series of events takes an even stranger turn.

A common thread throughout the show is Arlane’s faith, and the idea that God wants her to love and forgive the people around her, and that apparently leads her to a conclusion many of us cannot even imagine. Arlane ends up testifying on behalf of Billy, telling the court that she loves him and that he wasn’t in his right mind when he shot Cindi.

Another Los Angeles Times chapter of the Dirty John saga dives deeper into the details that the show often just gives a passing mention. Cindi was still a teenager when she married Billy, and he soon became possessive and controlling. She’d met other men who were interested in her, and Cindi found herself wanting a divorce. Billy knew the marriage was ending, and confided in Arlene, as the show illustrates. And then he did the unthinkable, shooting and killing Cindi as she sat with her back to him, writing out checks.

The moment Arlane learns of her daughter’s murder in the show is incredibly similar to what the real-life woman told the LA Times. “I lifted my hands toward heaven and I just said, ‘God, you’ve gotta help me. I cannot do this alone. You’ve gotta help me, God. Help me, God,’” Arlane told the paper. “I’d been a Christian since I was a little girl. I knew God personally. And all of a sudden I felt a sense of peace come over me, and it drifted down all through my body, and I breathed a deep breath and I looked at the policeman and I said, ‘I’m gonna be OK.’”

According to the same report, Billy was charged with first-degree murder, and until Arlane’s testimony changed the game, faced life in prison. He was acquitted of murder, and eventually pleaded guilty to voluntary manslaughter in exchange for a five-year sentence. But he didn’t even serve that. The same article continues that Billy received credit for time already served, then for good behavior, and ultimately only spent two years, nine months, and nine days behind bars for killing Cindi.

Arlane’s forgiveness of the man who killed her daughter could never have been predicted, but it does play a hand in why Debra seems so unwilling to write off John after all his betrayal. She watched her mother practice an astounding level of forgiveness — who knows what Debra might have done if Cindi had still been around.

More like this
Netflix Shut Down 'Bridgerton' S3 Rumours About A “Very Dark” Storyline
By Bustle
Linda Ronstadt’s “Long Long Time” Plays A Pivotal Role In The Last Of Us
By Brad Witter
Michael B. Jordan Tackled His "Public Breakup" With Lori Harvey On 'SNL'
By Brad Witter
Here’s What Happens To Bill & Frank In 'The Last Of Us' Video Game
By Brad Witter
Get Even More From Bustle — Sign Up For The Newsletter
From hair trends to relationship advice, our daily newsletter has everything you need to sound like a person who’s on TikTok, even if you aren’t.