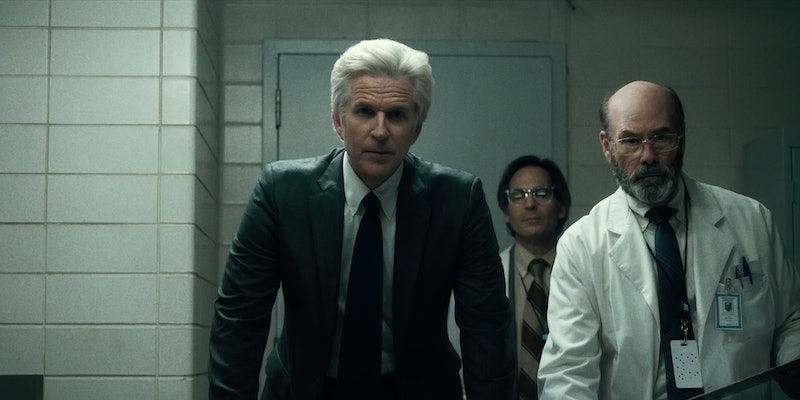 While the most memorable villain in Stranger Things Season 1 was undoubtedly the Demogorgon, the true villain of the first season was none other than Dr. Martin Brenner. Dr. Brenner's experiments not only unleashed the Demogorgon into the world, but also involved the kidnapping, imprisonment, and forced experimentation on at least 11 young children. He's been missing since Season 1 and fans still aren't sure what happened to Dr. Brenner, but it's not likely that we'll be getting an answer anytime soon as the character does not appear in Season 3.

The last time anyone saw Dr. Brenner alive was at the end of Season 1, moments before getting attacked by the Demogorgon. The likelihood of someone surviving a demogorgon attack is fairly slim, but the fact that Dr. Brenner's dead body was never seen suggests that he could still be alive (No. 1 rule on any mystery show: no body means they're not actually dead). Dr. Brenner later turned up in Season 2, but only as a vision in people's minds. It's likely that the reason we never saw Dr. Brenner's body was to leave the door open to him returning at some point in the future, having managed to escape the clutches of the Demogorgon. That hasn't happened yet, but members of the show's cast and crew have suggested that it's certainly not out of the question.

In an interview with Collider, director Shawn Levy confirmed that "it now seems clear that Brenner is alive, Brenner is out there." Co-creator Ross Duffer has also said that Brenner may still be alive, telling a Master Class at Chapman University, reported on by Cinemablend, that "he very may well still be out there. In Season 1 we don't show his death. Not like we did with something like Bob. If we were going to kill him, we've always said we would really kill him. I think the audience deserves an actual Brenner death if we're gonna kill him." This seems to be an indication that there are concrete plans for Dr. Brenner to come back, even if it's just a flashback to his actual death.

If Brenner is still out there somewhere, it's not clear what exactly he would be doing. He is credited with a scientific advancement that completely upends the commonly held understandings of how reality works, and he went through massive lengths to cover those discoveries up. If he's still alive, it's possible he's being held by some sort of government or scientific organization to make sure information about the experiments don't get into the public, or he could be in a secret facility trying to carry out his experiments in a new place.

By now, Stranger Things has moved well beyond the goings-on of Brenner's Hawkins lab and begun focusing on all of the other monsters still lurking in the Upside Down, eager to infiltrate Hawkins. But before the show airs its final chapter, rest assured the evil scientist who kickstarted it all will likely be back.