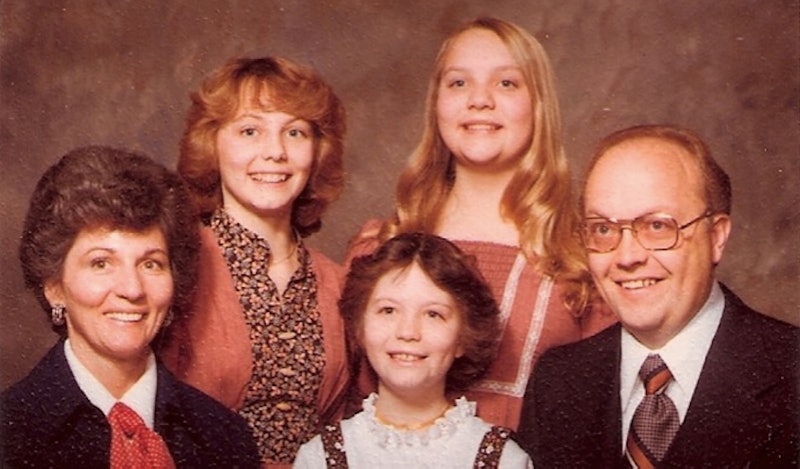 When the 2017 documentary Abducted in Plain Sight was added to Netflix, word of mouth spread quickly. ( Many viewers have since taken to Twitter to comment on their disbelief about how Robert “B” Berchtold was able to manipulate Jan Broberg’s parents to allow him to grow so close to their young daughter. Though Berchtold did not face charges for Broberg's abuse, he did spend a year in jail after pleading guilty to one count of child rape in 1986, according to the Idaho State Journal, and was later found guilty of possession of a firearm and aggravated assault after attempting to force his way into an event hosted by Berchtold, per Oxygen. As the documentary shows, he died by suicide before he was sentenced. But what happened to the Broberg family after the events recounted in the shocking doc?

Director Skye Borgman told Vanity Fair that Jan's father Bob passed away in November 2018, before the documentary became one of the most talked about true crime films streaming on Netflix. Though the overwhelming response on social media would argue differently, Borgman claims that Bob actually was pleased with how Borgman told the family's story. “Bob said that he was just so grateful that we had told their story in such a sensitive way,” said the director. “It was really quite shocking to me and, I think, speaks more to the Brobergs’ capacity for truth and forgiveness and just wanting to get that story out there.”

The director also said that Bob and his wife Mary Ann remained together until his death, though the documentary shows that both of them had sexual encounters with Berchtold. Bob didn't disclose anything more about his relationship with their neighbor beyond what's seen in the film, according to the filmmaker. “We certainly couldn’t find any indication that it continued,” said Borgman. “It has been a question that a lot of people have asked or posed, and I also find it curious. I’m not sure that it matters if there was or if there wasn’t, because it was this one indiscretion that really gave Berchtold the ammunition he needed to blackmail the head of the household. One time or more than that, the deed was done, and the ramifications of that were set in motion.”

Broberg’s mother, Mary Ann, has since dedicated her life to warning parents of the dangers of predators. In 2003, she co-wrote a book with her daughter, titled Stolen Innocence: The Jan Broberg Story. She isn’t very active on social media, but a public Facebook profile that seems to belong to her shows that she resides in Ivins, Utah, where she moved in 2006. She retired from her position as a social worker at Eagledancer Youth and Family Services in 2010.

Recently, Jan Broberg took to Twitter to defend her parents against accusations that they were oblivious or uncaring. "Manipulation and grooming are not understood by so many," she wrote. "It happened to my whole family, this man was a master and my parents saved my life. They're the bravest people I know, willing to try to help the rest of you see what they didn't. That is the only reason we told our story."

She also delved into why her parents couldn't see at first that Berchtold was abusing her. "My parents survived the worst nightmare that any parent ever has. They didn't see the pedophile. He looked like a nice father of 5, married, business owner, church member. The grooming was slow, steady over 2.5 yrs. We hope to help you see what they didn't! Who relates to this?," wrote Broberg on Twitter.

In an interview with E!, Broberg discussed how forgiving her parents was actually a huge part of her own healing process. "I think part of my forgiving my parents was really to help them forgive themselves and to say you too were groomed and brainwashed," she said. "And that's the part that I don't think people really understand. If it was easy to understand, they'd see it, and they don't."

In the documentary, the family opened up about the guilt they carry over not seeing the signs of Berchtold being a predator at the beginning. But, from their interviews and the book Mary Ann wrote with Broberg, it’s clear their goal is to help other families know of the dangers they survived.

More like this
You’ll Be Able To Stream Bullet Train Before The Holidays
By Arya Roshanian and Radhika Menon
How To Stream Knives Out 2: When Will Glass Onion Be On Netflix?
By Radhika Menon
Here’s Everything Coming To & Leaving Netflix In December
By Jake Viswanath
Dodi Fayed Produced Movies Starring Robin Williams & Demi Moore After 'Chariots Of Fire'
By Brad Witter
Get Even More From Bustle — Sign Up For The Newsletter