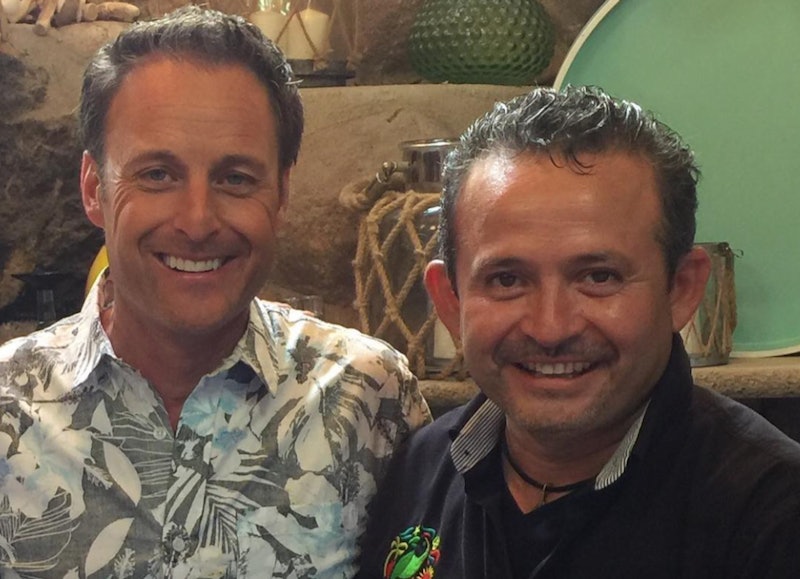 There will never be another quite like Jorge the bartender on Bachelor in Paradise. Although Season 4 nearly revealed the reality show's new bartender, the beloved Jorge could never actually be replaced. Amidst the serious allegations of sexual misconduct between Corinne Olympios and DeMario Jackson while filming, causing Season 4 to be cancelled indefinitely, news has been revealed that a former BiP member would actually be pouring the shots this season. Wells Adams, a contestant from Season 3, was reportedly hired as the new bartender in place of Jorge. But don't worry about Jorge, fans. He's thriving.

Back in January, Us Weekly revealed the fan-favorite character wouldn't be returning this year. "Jorge’s not coming back as the bartender in Paradise because Jorge is doing his own thing," contestant Ashley Iaconetti said. "He has his own tour company… so he’s building his own company and he won’t be here this year." Jorge, who saw contestants through their buzzed hookups, cry sessions, best, and worst, became a staple of the show since Seasons 2 and 3.

While pursuing building his company Nayarit Uncovered, E! reported there was an "emotional sendoff" filmed in his honor, as he left the resort the show is located. So how do he and Adams fit into the current investigation?

It seems neither were involved. Seeing as how Jorge wouldn't be part of Season 4 to begin with, a source for E! said, "Jorge did serve drinks until his departure, and noted cast members were free to serve themselves" and Adams didn't arrive on set until after the incident.

The radio personality, known for JoJo Fletcher's season of The Bachelorette, took to Twitter to speak out on BiP and his experience with the show:

Jorge, and the show, will most definitely be missed this summer.