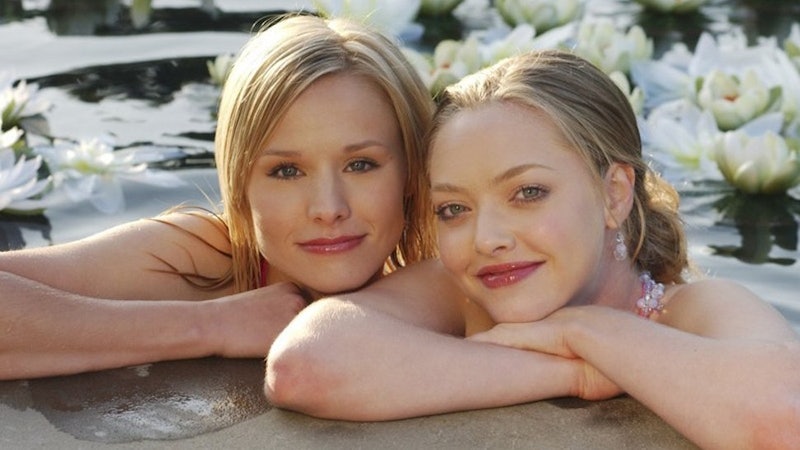 Amidst some Veronica Mars callbacks and references meant to make Marshmallows smile in Season 4 is a darker reference to the OG mystery that has always had both Veronica and Logan on edge. Do you remember WhWhat happened to Lilly Kane on Veronica Mars is the foundation on which this series is built, and we learn that not everyone in Neptune is convinced that the right person went down for the crime.

Veronica's high school BFF is the reason she ended up becoming a private detective in the first place. Lilly was dating Logan Echolls, and Veronica was with Lilly's brother Duncan Kane. Then Lilly was murdered in her junior year and Veronica became obsessed with uncovering the truth. Little did she know that it would unravel pretty much every aspect of her life. And a truckload of Neptune's slimiest secrets in the process.

Lilly Kane was played by Amanda Seyfried, the same year she shot to fame as Karen Smith in Mean Girls. She appeared only in flashbacks, for obvious reasons, and occasionally dreams or hallucinations.

The fact that Veronica couldn't save or avenge her friend made her the dark and twisted noir detective she was born to be. In the new Hulu season of the cult series, Veronica and Logan discover that a group of amateur sleuths and true crime enthusiasts don't accept the conclusion that Veronica came to almost a decade prior.

With that on the table, let's recap what happened to Lilly Kane, why, and whodunnit.

Here's How She Died

Lilly was found dead by her family pool. The murder weapon is presumed to be an ashtray that was found in the pool at the same time. She was struck on the forehead and bled out.

Her brother Duncan was found at her side, covered in her blood.

Here's Who We Thought Did It

At the beginning of the series, a man named Abel Koontz is in jail after confessing to Lilly's murder — but neither Veronica Mars nor her father (at the time, still the sheriff of Neptune) believed his story. Keith Mars suspected Lilly's father Jake Kane. The family was definitely involved in a cover-up, so some fan theories pointed to Lilly's mother Celeste as well.

It also could have been Duncan, whose epileptic episode caused him to forget everything the night of the murder. Even Duncan had doubts, and wondered if he killed his sister by accident.

For a second we thought it might have been Weevil, who was having an affair with Lilly. Finally, Logan was a suspect for a while. His alibi fell through, and he was in serious danger of being charged with his girlfriend's death.

Here's Who Actually Did It

The murderer, though the "Murderheads" in Season 4 aren't convinced. was Logan's father Aaron Echolls. He was also having an affair with Lilly. She had evidence on tape, and he killed her because of it. He tried to kill Veronica on multiple occasions, too, before and after she exposed the truth. Lilly and Duncan's parents were acting shady because they believed Duncan was the killer and wanted to cover it up.

Oh, and it turned out that Duncan thought he and Veronica were half-siblings. So that was gross, and extra, and a mystery for another time. If you thought the ending of Veronica Mars Season 4 was tragic, just remember all she's been through before! Neptune's best detective will never get a break.