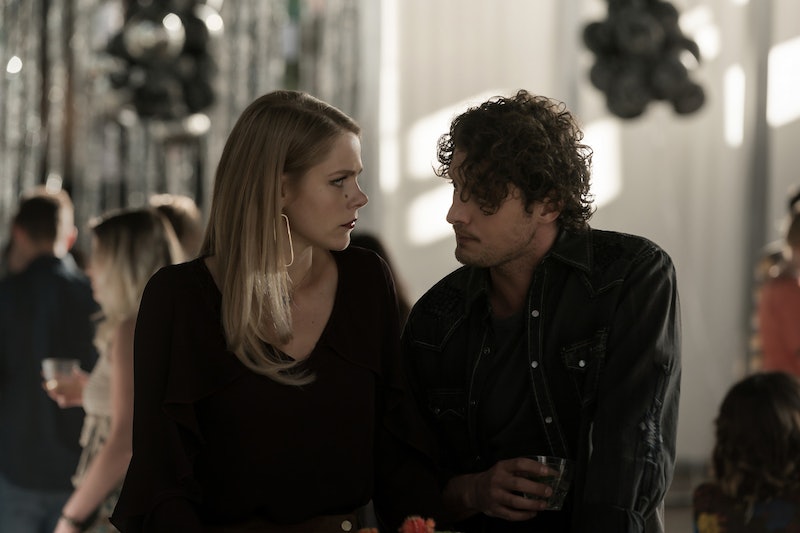 In the series premiere, it's revealed that Rosa died in a car crash that killed two other girls, and that she was supposedly under the influence of drugs. Liz thinks that her sister's battle with mental health may have contributed to her apparent drug addiction. It's not clear exactly when this happened, but shortly after Rosa died, Liz left Roswell, and her exit was so dramatic that most people in town seem surprised to see her back at all.

However, the end of the episode casts doubt on this version of events. Max tells his sister that even though he let Liz in on the secret that he's an alien, she can never find out the truth about what really happened to Rosa. And it's not the first time the siblings have brought her up, either. When Max healed Liz after she got shot in the chest, they chided him for risking their exposure by saving a human's life, especially since that human is Rosa Ortecho's sister. They're definitely hiding something.

Is it possible that Michael, Isobel, or even Max caused the car crash? It could have been an experiment backfiring. When the cops asked Michael if he was cooking meth in his van, he admitted that whatever chemical he's working with is pretty similar — maybe that's what was in Rosa's system

Still, let's hope it was an accident, and not a misguided attempt by Isobel and Michael to keep Max and Liz apart gone horribly, horribly wrong. Liz was already planning on leaving Roswell before Rosa died, so that would be a stretch. However, Michael used his supernatural abilities to shatter an innocent woman's car windows when Max got close to spilling the beans. He may have been acting out. We also know some secrets that Liz wasn't initially told — for one thing, it appears that Max's sister Isobel may have made Liz leave town using her psychic powers.

That being said, at least Max told Liz the truth about how he saved her life almost immediately afterward. He tried to stick to his siblings' story, but he couldn't keep it a secret once she started questioning her own sanity. One of the worst tropes in science fiction and fantasy stories is when men with supernatural powers or abilities hide who they are from their female love interests, essentially gaslighting them in the process. Liz actually calls this out in the pilot — she remembers being shot, and tells Max that not understanding why she's still alive is making her feel "crazy."

The majority of people in Roswell blame Liz and her family for the death of the two other girls who died with Rosa, which sucks, and is almost definitely motivated by racism. Max mentions that he and his siblings are scared to be subjected to stereotypes about aliens from outer space. However, they're able to pass as white Americans, and if his siblings are letting an immigrant family take the fall for something they did, that's really bad. What happened to Liz's sister Rosa may be an intriguing mystery that sets up a supernatural adventure on Roswell, New Mexico, but it's already playing into some larger themes too.