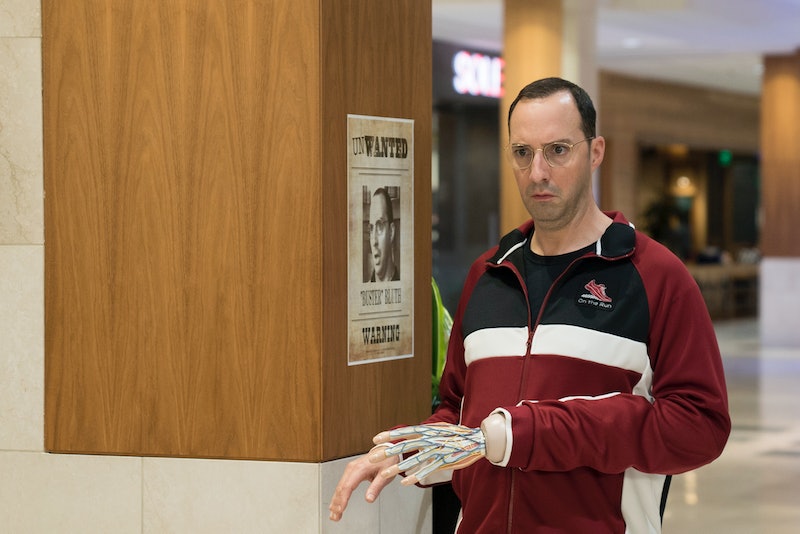 At what is supposed to mark the groundbreaking of construction on the Bluth's border wall, as well as a celebration of George Michael's Fakeblock, the series wraps up a variety of its storylines. Fakeblock is sold to a Chinese company, freeing the Bluth family from its financial stakes in the faulty startup; Tobias announces that his son and girlfriend have run off together without him; and Gob does a trick to show that Tony Wonder is still alive, and to affirm to audiences that they're both straight. One person who isn't alive, however, is Lucille II, whose body is found after it's used as a mannequin in Gob's magic trick. How did Lucille 2's body end up encased in cement as part of Gob's act? Buster put it there, likely to try and literally bury the evidence of Lucille's death. When confronted with the fact that he is trying to hide Lucille II's body, he admits that he killed her.

It's a dark and dour note to end the season on, as the family all just looks at Buster and has to come to terms with the fact that they're related to a murderer. Even darker yet, it seems that the Season 5 finale of Arrested Development may be the series finale as well, as there have been no plans announced for a Season 6. After having tied up all of the show's loose ends, the revelation of Lucille 2's death — followed by a shot of Michael and George Michael driving away from their family in the stair car for possibly the last time — feels even more final than Season 3 (the show's last season before being revived by Netflix).

Yes, it's possible that Arrested Development could return and explain Buster's motives. Knowing Buster, Lucille 2's death was either an unfortunate accident — much like the death of Mimi, who died when Buster pushed her down the stairs as a child — or an act of malice stemming from his complicated feelings toward maternal figures named Lucille. But with Lucille 2's death solved, the family of Lindsay, Tobias, and Maeby back together for the time being, George Sr. and Lucille out of financial trouble, and Michael and George Michael finally getting away from family, the ending of Arrested Development Season 5 is as close to a happy ending as the show could ever get. The reveal that Lucille 2 was killed by her former lover is just a reminder that no matter what good comes from them, the Bluths will be, and have always been, a deeply disturbed family.