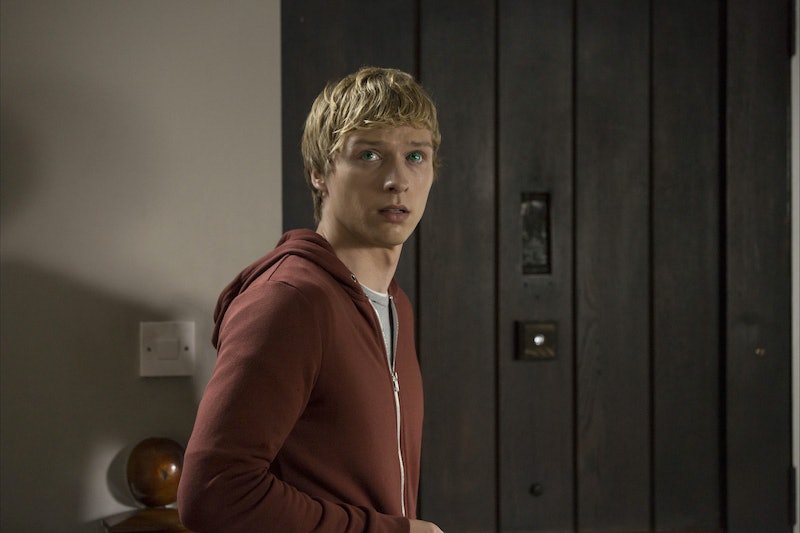 There aren't many television characters who have lived to survive their apparent onscreen exit not only once but several times. However, in the absence of many other examples, one of these characters is Odi (Will Tudor) from Channel 4 sci-fi drama, Humans. So, what happened to Odi in Humans? And, will he be back for the Humans Season 3 finale?

Humans first aired on Channel 4 in 2015 and follows the lives of families in a parallel present, where incredibly life-like human robots called "Synths" have become the essential gadget for homes across Britain. Things aren't that simple — of course — as the Synths soon start to malfunction and cause all sorts of complications for their human creators, as they struggle to keep them under control and insentient.

The critically acclaimed drama has since spanned three series, with Season 3 coming to its much-anticipated conclusion on Thursday. And, despite his many apparent onscreen departures, it appears Odi once again returned to Humans during Season 3's penultimate episode, which aired last week.

But, what is Odi's Humans history? And, was that really him?

Played by Will Tudor, Odi was introduced in the very first episode of Humans Season 1 as the Synth originally gifted to Dr George Millican (William Hurt) and his wife. As one of the oldest Synth models, Odi kept malfunctioning due to his age, meaning he would attack humans and struggle with the basic Synth tasks of — you know — controlling his limbs and not leaking shiny blue liquid from his nose and/or eye sockets.

Such were his Season 1 struggles, the late DS Drummond (Neil Maskell) told Millican to recycle Odi, but — despite this — Odi made a surprise return later on in Season 1, when he turned up alive and not so well in the woods. After being restored by Millican once more, Millican then died and Odi was taken away to have his memories downloaded and his body dumped at the end of Season 1, leading viewers to believe that was finally the end of Odi.

But it wasn't. Indeed, it soon became clear Season 1 wasn't the end of his story, as Odi made his second surprise reappearance in Season 2.

In Season 2, Odi returned to Humans in pretty bad condition and was nursed back to health by Mattie (Lucy Carless), thus becoming a sentient Synth. Despite Mattie's care, it wasn't long before Odi's Season 2 storyline reached yet another seemingly tragic end, when — unable to cope with his new human emotions — Odi essentially essentially committed suicide by rebooting his system.

So, was this finally the end of Odi? Perhaps not.

Indeed, last week's penultimate episode of Humans Season 2 saw Odi seemingly return yet again as he — or a Synth who likes exactly like him — was unmasked at the mysterious figure "The Synth Who Sleeps." But, what's up with Odi returning from the dead once again? How did Odi become "The Synth Who Sleeps"? And, is that actually Odi?

First things first, fans noticed something very different about Odi upon his return.

While the answer remains a mystery, fans have theories on what it all means that they're sharing on Twitter.

But, while the Odi lookalike has yet to be confirmed as Odi himself, Humans co-creator Sam Vincent did recently confirm to Digital Spy that Will Tudor's character will have "a very important role" in the Season 3 finale.

Whoever he is, it looks like answers are coming, Humans fans, so stay tuned.

Humans Season 3 finale airs at 9 p.m. on Thursday on Channel 4