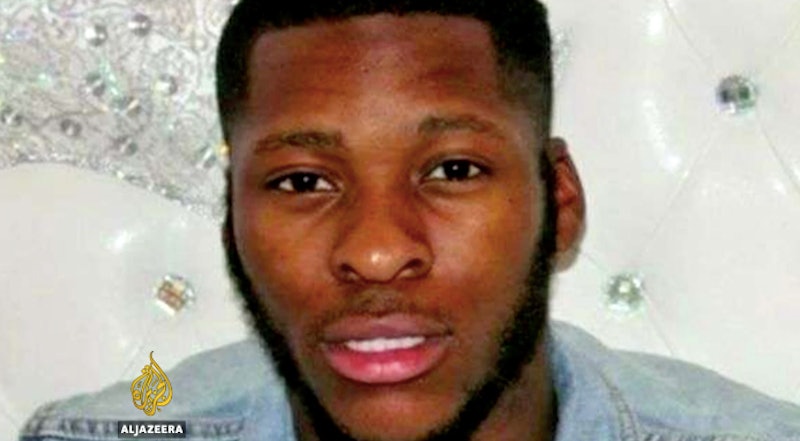 A young man that the French media is referring to as "Theo" is recovering in the hospital as tensions between police and citizens have risen as a results of his attack. Theo alleges that he was raped by French police with a baton during a identity check earlier this month, but the police are saying that there is insufficient evidence to confirm the incident was rape.

The 22-year-old black man was allegedly forced to the ground, beaten, and raped in Aulnay-sous-Bois, a Paris suburb, as police were investigating what they suspected to be a drug deal. Theo, who has no police record, sustained injuries from the alleged attack so severe, according to The Daily Beast, that he required emergency surgery and still remains in the hospital. It is not yet clear if Theo will have longterm effects from his injuries. French President François Hollande visited Theo in the hospital as Theo, who works with a young program, asked for prayers.

A police source, meanwhile, said that CCTV footage of the incident has "insufficient elements to show that this was a rape." According to Al Jazeera, the video shows a policeman "applying a truncheon blow horizontally across the buttocks with a truncheon," and that Theo's pants "slipped down on their own", the source said.

The case is still open, however, and the investigating magistrate has charged one police officer with rape and three others with aggravated assault. All of the officers involved have been suspended. A lawyer for one of the charged police officers says that the injury inflicted was accidental.

Protests have broken out against police brutality in Paris, Nantes and Rennes. The protestors, who demand "Justice pour Theo," have gathered outside of the young man's home, where his sister has urged them to remain calm. According to Fusion, 26 people were detained when protests turned violent.

This isn't the first time that France has erupted in sometimes violent protests against police brutality. In July 2016, the death of 24-year-old Adama Traoré — who died in police custody — set off several nights of violence in another Paris suburb, Beaumont-sur-Oise. And in 2005, two teenagers were electrocuted to death while hiding from police in in an electricity substation. According to Al Jazeera, their deaths caused weeks of riots in which 10,000 cars were burned and 6,000 people were arrested.

For their part, it seems that French officials are doing everything that they can to understand exactly what happened to Theo. Until they do, it's important to at least acknowledge that police brutality against black people isn't just a problem in the U.S.

More like this
6 Organizations Fighting Police Brutality That You Can Support Right Now
By Syeda Khaula Saad and JR Thorpe
This Is When Netflix Is Going To Start Charging You For Sharing Passwords
By Darshita Goyal
Here’s Where The NHS Nurses’ Strike Currently Stands
By Sophie McEvoy
Yes, Maurizio Mian's Cult In 'Gunther’s Millions' Was About Eugenics
By Gretchen Smail
Get Even More From Bustle — Sign Up For The Newsletter
From hair trends to relationship advice, our daily newsletter has everything you need to sound like a person who’s on TikTok, even if you aren’t.