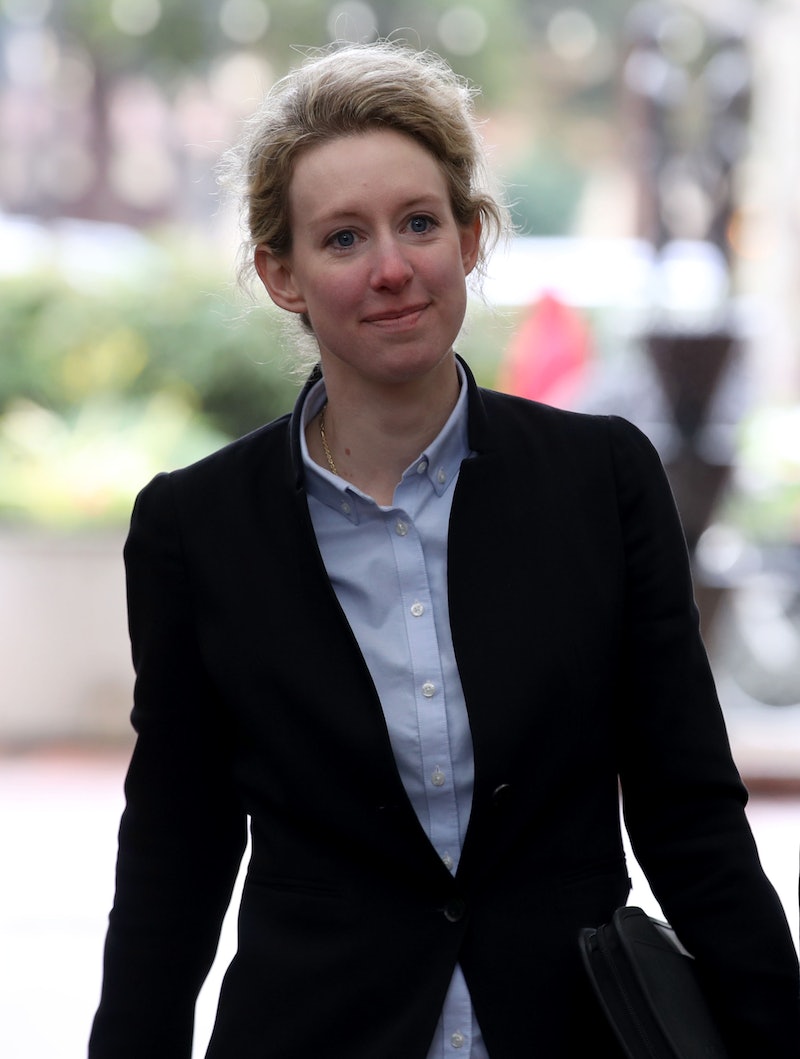 The true crime movie and TV trend isn't slowing down any time soon, and on Monday, Mar. 18 the new HBO documentary The Inventor: Out for Blood in Silicon Valley will explore Elizabeth Holmes and her former company, Theranos. Whether you're left with questions after watching the movie or just want to know where things stand, the answer to what happened to Theranos is a pretty simple one, but with a more complicated background.

But while Theranos began shutting down in September of last year, a lot had gone on with the company before that. The news of the end of Theranos came more than two years after it came under federal investigation and three years after a Wall Street Journal report questioned its blood testing technology.

In July 2016, Holmes was barred from "from owning or operating a medical laboratory for at least two years," as reported by the New York Times, after an investigation into the accuracy of the company's blood tests by the Centers for Medicare and Medicaid Services. By March 2018, Holmes and Theranos were facing a civil lawsuit claiming "massive fraud" from the Securities and Exchange Commission, CNBC reported. In this case, Holmes agreed to a settlement that included her being barred from serving as a director or officer of a public company for 10 years.

Then, in June 2018, Holmes and Theranos president Ramesh "Sunny" Balwani were indicted and charged with "two counts of conspiracy to commit wire fraud and nine counts of wire fraud," according to CNN. At this point, Holmes stepped down as CEO and Taylor took her place. Holmes and Balwani are currently awaiting trial and face a maximum of 20 years in prison, a $250,000 fine, and restitution for each charge of fraud and conspiracy to commit fraud. Both Balwani and Holmes have pleaded not guilty, per The New York Times.

So, this is all part of why Theranos, the company that was once given a $9 billion valuation and thought to be changing the healthcare industry forever no longer exists. The Inventor, from Oscar-winning director Alex Gibney (Taxi to the Dark Side), will look further into the company that Holmes started at only 19 years old in 2003 and into her as a person. Among other idiosyncrasies, Holmes often wore black turtlenecks to imitate Apple founder Steve Jobs and it has been alleged that she purposely spoke in a deeper voice than the one that came naturally to her. While Holmes' future still hangs in the balance, perhaps the documentary will shed some light on her thought process. One thing's for sure, Theranos isn't coming back.