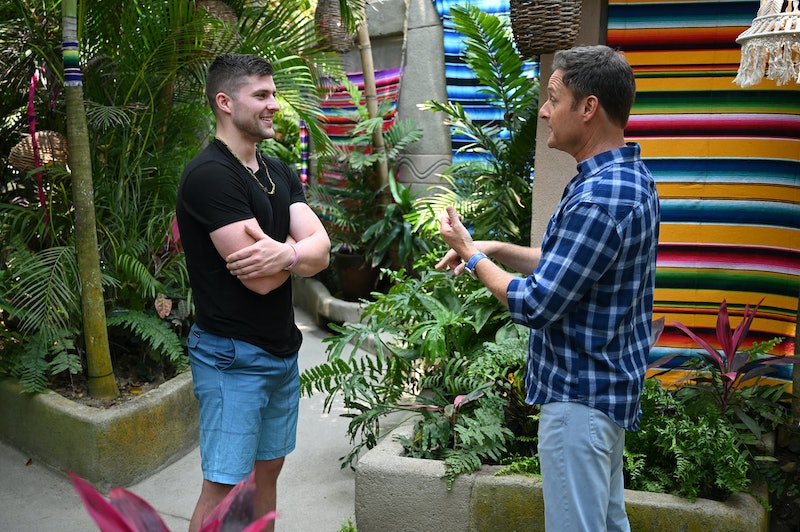 As much as Luke P. dominated the majority of Hannah B.'s season of The Bachelorette, he wasn't the only guy to butt heads with some of the other contestants. Prior to his elimination, Cam also had a tendency to rub some of his fellow suitors the wrong way, though, considering what happened between Kevin and Cam on The Bachelorette, his popularity (or lack thereof) wasn't all that surprising.

The quarrel started when Cam decided to use his catchphrase (Always Be Cam) as an excuse to interrupt Kevin's alone time with Hannah during a group date cocktail party. What made the gesture even more awkward, though, was that he wasn't even supposed to be there since he wasn't invited to go on the group date that day. But Cam was upset about not getting the chance to spend time with Hannah that week (he didn't receive a one-on-one date either), so he felt he needed to make a big move to show Hannah how much he cares about her and deserves to be there — even if it meant making a few enemies along the way.

The fact that he barged in on the group date was enough to irritate some of the guys, but Cam fully solidified the target on his back when he forced his presence on Hannah and Kevin's alone time together. Not only did he intrude upon their chat, but he then invited both of them to a romantic picnic he had set up (full of rose petals, candles, and chicken nuggets), which turned the whole ordeal into a strange two-on-one date.

Needless to say, it was an incredibly awkward moment and may even ruin the way you think about chicken nuggets from here on out (a tragedy in and of itself). Kevin handled the situation with as much grace as could be expected, but he was very insulted at Cam's lack of respect for his time with Hannah.

Sure, this is a dating competition, but that doesn't mean all courtesy has to be thrown out the window. It created a rift between these two from then on and it was an issue that was never fully resolved.

Now, the Kevin and Cam will once again find themselves coming face-to-face on Bachelor in Paradise Season 6. Will they let bygones be bygones or could this be the beginning of a season-long feud? Viewers will just have to tune in on Monday, Aug. 5 to find out one way or the other. The good news is that there are several different women to try and establish relationships with on this show rather than just one, so the odds of them liking the same person is a lot less likely, though not entirely impossible.

Either way, it'll be interesting to see what the dynamic between the two of them is like in Paradise. It provides the opportunity for Cam to either make amends about everything or pull a few more shady moves all in the name of love.