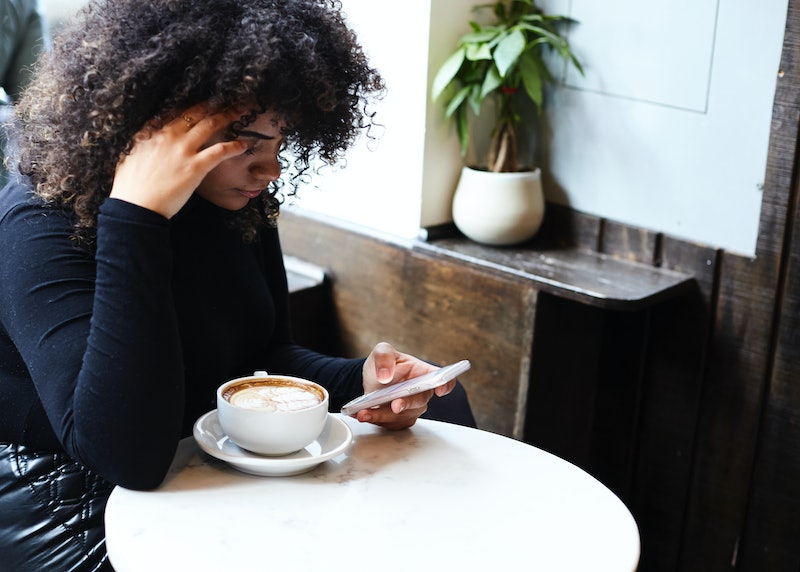 Whether you use an oral contraceptive to protect yourself from unwanted pregnancy, help with irregular menstrual cycles, ease PMS symptoms, or any other number of reasons, there's no denying that the pill is a mainstay of our healthcare. According to a 2012 report from the CDC, around 62 percent of American women that are of reproductive age use some form of contraceptive. Moreover, the CDC reported that oral contraceptive (aka, birth control pills) are still the most popular type of birth control, with an estimated 10.6 million women on the pill. (It should be noted that these statistics don't take into account the many trans or nonbinary people also take the pill.)

But like any kind of medication, some people can experience negative side effects when taking oral contraceptive, such as decreased libido, nausea, sore breasts, or some spotting between periods. And this might influence someone, after talking with their OB/GYN or doctor, to switch off the pill. But what happens after you go off the pill?

The pill is generally considered safe by health professionals to theoretically take indefinitely. But, while you may be content taking the pill for now, there also may come a point when you want to or need to stop taking oral contraceptives. And, if you've been on the pill for years, it may be a little nervewracking to not take them after being on them for so long. Here are seven things OB/GYNs want you to look out for once you stop taking the pill.