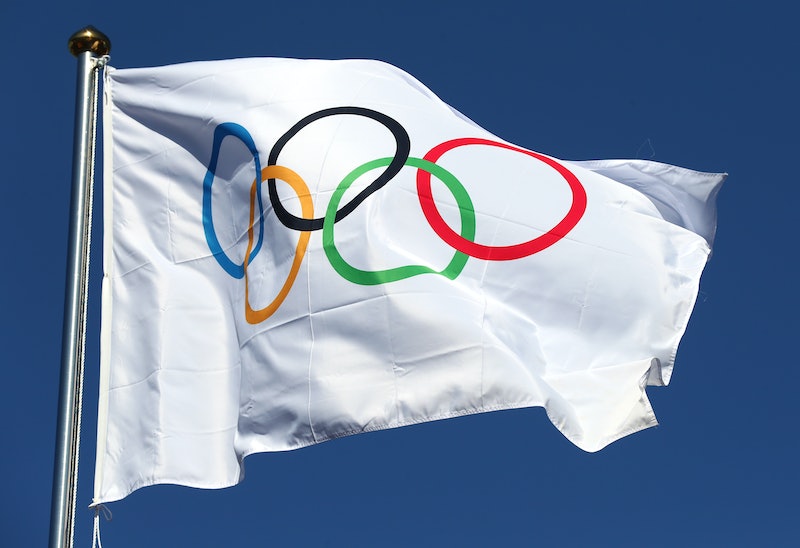 The 2018 Winter Olympics start on Friday, and athletes from across the world will gather in PyeongChang, South Korea, for the Winter Olympics' opening ceremony. This is one event you won't want to miss, especially since it won't just be athletes in attendance. Big-name political figures, including Vice President Mike Pence, will attend the opening ceremony, so it's a huge deal for sports fans and non-fans alike. Pence will lead the United States' Olympic delegation, Time explains, and several other notable U.S. figures will also attend the ceremony. But let's deep dive into everything you can expect from the early show.

Pence is bringing a guest to the Olympics opening ceremony, and it's safe to say that many people will be talking about the vice president's plus-one, too. Fred Warmbier, whose son Otto Warmbier was jailed in North Korea and later died, will attend the ceremony alongside Pence. Warmbier told CNN in September that his son was "systematically tortured and intentionally injured" in North Korea, so his presence at the ceremony will be quite a move on the United States' behalf. So, yes, North Korea and South Korea's Olympic teams will march together in the ceremony, but that doesn't mean there won't be political controversy involved.

As The Telegraph points out, the 2018 Winter Olympics' opening ceremony will likely follow a similar format to the 2014 Winter Olympics in Sochi, Russia. That includes starting things off with the host country's head of state entering the venue. In this case, that's South Korean president Moon Jae-in.

2. The Competitors Will Enter The PyeongChang Olympic Stadium In A Parade

The parade is where the North and South Korean teams will march together under one flag. In addition, the countries will present a unified women's ice hockey team during the Winter Olympics. In accordance with Olympic tradition, Greece leads the parade, while the host country marches last.

3. The Head Of State Declares The Games Open

The official declaration from the host country's head of state is part of the Olympic Charter.

4. The Olympic Flag Will Be Raised

The Olympic anthem will also be played during the flag's raising.

5. The Olympic Oath Is Taken

An athlete, an Olympics official, and a coach each take a version of the Olympic oath. The oaths include lines about following the competition's rules, including not using drugs.

The flame tradition is a nod to the original Olympic Games of ancient Greece. When the torchbearer lights the Olympic cauldron, it stays lit until the closing ceremony.

7. There's A Symbolic Release Of Doves/Pigeons

When the host country's national anthem starts, it's a sign that the artistic program is about to begin.

The host country welcomes competitors with a ceremony inspired by its culture. The Winter Games factsheet explains that the "show" starts after the host country's national anthem is played. This year, there will reportedly be performances by Korean pop stars and musicians. The Olympics hasn't officially confirmed who will be performing, but there have been reports that Bolbbalgan4's Ahn Ji Young and Guckkasten's Ha Hyun Woo will sing at the opening ceremony. There are also reports that South Korean singer Insooni will perform "Let Everyone Shine."

The last time South Korea hosted the Olympics was 1988's Summer Olympics in Seoul, so this will definitely be a memorable Olympics year for the country. For U.S. viewers, the opening ceremony will be available to stream online and through the NBC Sports app starting at 6 a.m. ET, so you won't miss a beat of the celebration. NBC will also show the event on Friday night, in a delayed broadcast hosted by Katie Couric and Mike Tirico.