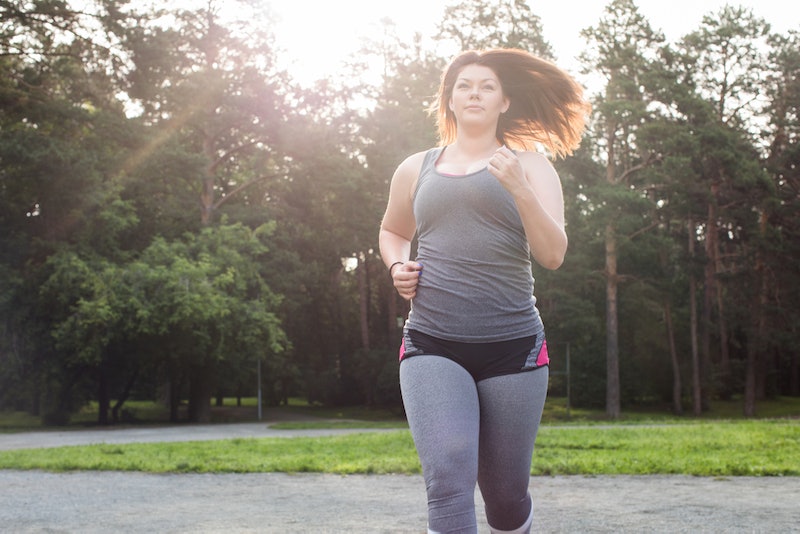 So you’ve just run a few good miles, and suddenly you feel exuberant, like you could just keep running forever. Any pain you might’ve been feeling just disappears, and your worries and anxieties just lift off your shoulders. That feeling is the elusive “runner’s high,” and if you haven’t experienced it yourself, you’ve probably at least heard of it. So what exactly is happening in the brain when you get a runner’s high, and how does it make you feel like you’re on top of the world?

The runner’s high used to be attributed to the endorphin rush you supposedly get from exercising, The Guardian reports, and that theory stems from the ‘80s and ‘90s after some studies showed that beta-endorphin levels increase in the bloodstream during a run. Beta-endorphins target the same brain receptors as opiates, says The Guardian, but beta-endorphins can’t readily cross the blood-brain barrier. But newer research shows that endorphins can cross the blood-brain barrier with the help of enkephalins, or painkilling peptides, according to Grey Matters Journal, and that’s actually how the endorphin hypothesis might still hold up.

So how do you get those endocannabinoids to activate in your brain? “What [research is showing] with the runner’s high is that we’re most conducive to experiencing it if we do a long, continuous bout of exercise, generally one that’s rhythmical,” Paul J. Arciero, M.S., F.A.C.S.M., professor in the health and exercise sciences department at Skidmore College, told SELF. And Arciero told SELF that going for the Goldie Locks of workouts is your best bet — as in keep it right in the middle as far as the intensity level.

“This seems to trigger an environment in the brain where blood flow is maximized, and endocannabinoid receptors seem to be the most stimulated and most receptive,” Arciero told SELF. If you work out too hard, you might make your brain go into self-protect mode, says Arciero, reducing blood flow and stimulation. “Go too low,” Arciero told SELF, “and it’s not enough to stimulate the endocannabinoid receptors.”

Working out will probably make you feel pretty darn good either way — just not for the reasons you originally thought. And with moderate and continuous exercise, your brain receptors might also let you experience the elation that so many others have described.