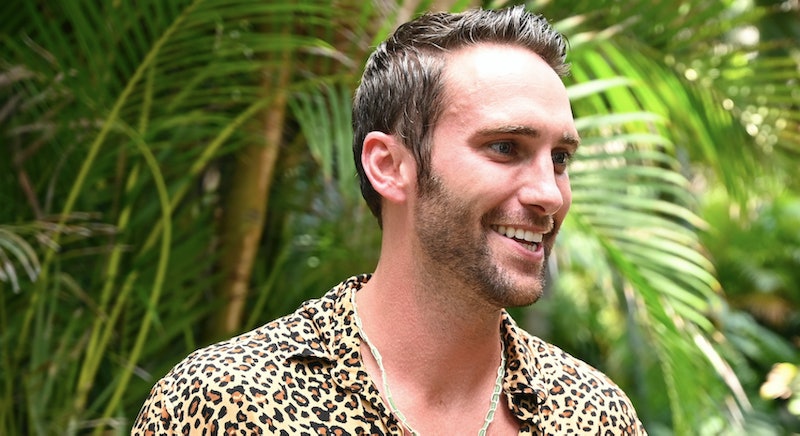 Cam may have stirred up his fair share of drama on The Bachelorette, though his actions appear almost saintly now compared to the toxic behavior Luke P. displayed throughout the season. And while things might have not worked out between him and Hannah B., this former contestant has far from given up finding love. So what has Cam been doing since Hannah's Bachelorette season, exactly? When he not busy filming on the sunny beaches of Mexico, he's helping to support an important cause very near and dear to his heart.

Back in June, it was announced that Cam would be part of the cast of Bachelor in Paradise Season 6. This didn't come as a huge surprise, given how much camera time he received on The Bachelorette. (Maybe his slogan should be changed to Always Be Camera-Ready.) Plenty of drama is sure to go down in Paradise, but will Cam be apart of it this time and will he end up finding love with someone on this journey?

All of that remains to be seen, but when he hasn't been soaking up the sun in Mexico, he's been doing his best to use his elevated platform as a reality star for the greater good.

Last December, Cam shared a post on Instagram where he opened up about his own health issues and revealed that he had been diagnosed with Lymphedema when he was only 12 years old. He went on to explain more about Lymphedema, stating that it is an incurable condition and prevents him from playing competitive sports. It's been a major obstacle for him to face for most of his life, but his courage and resilience are an inspiration to all — and something that he hopes to pass down to future generations who are living with Lymphedema.

In fact, he announced on Instagram back in June that he would be a guest Camp Counselor at Camp WatchMe, which is the first ever summer camp for kids with Lymphedema. "Growing up with Lymphedema, I never had an opportunity to meet another child who also suffers from this rare disease," Cam captioned the post, along with all the necessarily information to know how to sign up for the program. "These young #lymphedemawarriors are my inspiration." And based on his photos and videos of his time at the camp, it appeared to be a truly remarkable experience for both him and the kids.

"This week has been absolutely incredible," Cam wrote in a post on July 20. "Getting to meet children with #lymphedema , share my story, listen to theirs, counsel their families, and spread awareness is the reason that #CampWatchMe was created."

Needless to say, Cam's doing some pretty amazing things when he's not making waves on The Bachelorette. Let's just hope his time on Bachelor in Paradise allows for fans to see this side of Cam — someone who absolutely deserves to find love. If that proves to be the case, viewers are sure to be rooting for him every step of the way.