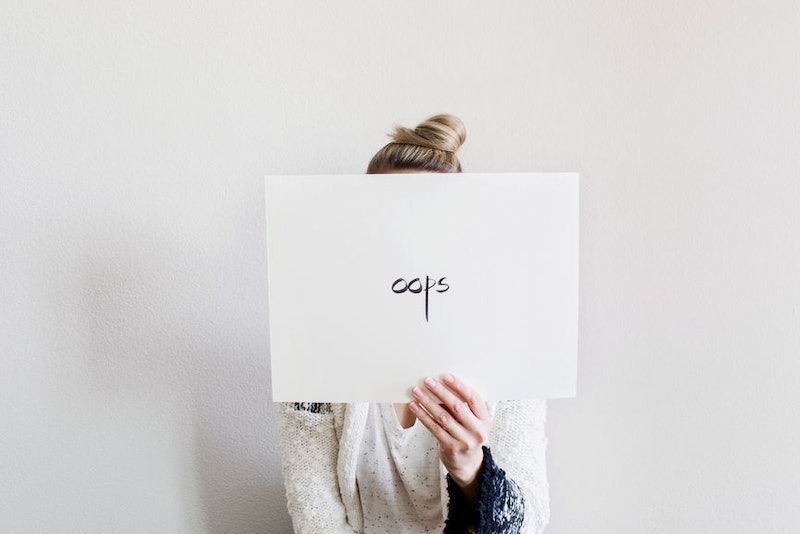 By April, I’d been seeing Man #28 for three months. Because of that, many of my other adventures started to quiet down. Since I had handled things poorly in the past, I decided to do some research on relationships. What makes them work? How do you keep from losing yourself? How many times can you tell someone to suck it when he suggests watching Daredevil on Netflix before you seem inflexible? These were important questions I needed answered.

During my how-to-relationship travels, I stumbled on one of those ubiquitous listicles. You know, the kind that breaks everything down to just a few steps or truths, like “The 10 Things Your Facebook Friends Are Doing That Make Them Actual Adults, Loser” or “3,765 Easy Steps to Finding Love.” This one was on a site called Mastering Relationships, which was what I wanted to do. According to the Relationship Masters, there were seven levels of intimacy in a relationship:

I am a bit of an oversharer, so I usually leaped from “sharing clichés and superficialities” to “sharing my darkest and most unnerving confessions” during the first date.

Someone could make a lot of money selling shock collars to daters.

You could program in a certain phrase, like heroin overdose, short prison stay, or mashed-potato codependency, and as soon as the first couple of syllables came out of your mouth, you’d get a shock.

Get on it, science!

I am a bit of an oversharer, so I usually leaped from “sharing clichés and superficialities” to “sharing my darkest and most unnerving confessions” during the first date.

So I’m known to leap past levels, but, more impressive, three months into my relationship with #28, I actually created a level all on my own.

I call it the bladder-oversharing level.

One night in early April I was making dinner at #28’s house. Lucky for me, he was used to cooking for two kids and didn’t have a history of foodies in his past relationships, so my cooking struck him as interesting and exotic and not-pizza. As the smell of red curry and Thai basil wafted through his kitchen for probably the first time ever, I felt like a culinary ambassador.

He was standing in the kitchen with me, leaning on the counter and chatting as I cooked. It was a deeply domestic scene, and the significance of it wasn’t lost on me.

At one point, he said something funny. At that same moment, tragically, I happened to be gnawing on a chunk of baby carrot. I proceeded to inhale a relatively large chunk of carrot, which caused me to start coughing. And not just small, ladylike coughing but the kind of full-body hacking that happens when your esophagus believes it’s in a life-or-death struggle with a vegetable.

And that’s when it happened.

I pretty much peed my pants. (I was wearing a skirt, but you get the idea.) It wasn’t one long pants-peeing but a series of smaller cough-induced urine explosions that soon escaped the bounds of the urine-soaked crotch area until it wasn’t just a pants-peeing anymore, it was a shoes-peeing.

One would think that in a situation like this, I’d be with my esophagus — just straight up putting all my energy into surviving this carrot battle — but all my brain could think was Did I just fucking pee on my boyfriend’s floral kitchen mat? Did that just happen?

He asked me if I was okay and could he help and could he get me some water and I kept shaking my head no as if to say, Don’t come near me! I’m a monster.

I stood there in my pee shoes and wished for a teleportation device that never came.

“Do you need anything?” he asked.

I don’t know, I thought. Adult diapers? A pressure washer? A time ma- chine so I can go back and tell four-years-ago-me to do more Kegels?

At this point I was still in denial about him finding out; my mind raced with ways that I could distract him long enough to get upstairs and shower.

Should I start a fire? I could start a small one — not big enough to do any real damage, just big enough so that the cleanup would take approximately twenty minutes. I wonder what percentage of house fires are started by people who just peed their pants and are trying to cover it up.

I finally decided I had to tell him because the small pool of urine at my feet was going to give me away no matter what. I mean, unless the entire kitchen was engulfed in flames.

“Um. Underwear?” I responded. “Pretty sure I just peed my pants.” Ah, intimacy.

Those memorable thresholds we cross, like the first kiss, the first time you cry in front of your partner, and the first root-vegetable- induced bladder explosion.

So here it is. Here’s the first moment that I can’t hide my humanity from you, no matter how hard I try.

Those memorable thresholds we cross, like the first kiss, the first time you cry in front of your partner, and the first root-vegetable- induced bladder explosion.

I thought back to the reasonably well-dressed and well-spoken bon vivant I’d presented myself as on the second date. That was such a cute skirt. It didn’t have any pee on it. I remembered the social butterfly I became when he met all my friends on Valentine’s Day. And then there was the decent cook who enjoyed a good laugh, the person he’d known just three minutes before.

Dead. They were all dead.

Or not dead, exactly, but definitely flailing around on the wet kitchen floor and needing to be woven into a new, incontinent version of me.

He ran upstairs to get me a pair of his boxer-briefs, which I knew wouldn’t look as sexy on me as they did on Justin Bieber, so I was going to turn them down.

I went into his guest bathroom and took off my wet underwear while he was gone and (I’m sorry about this, I really, really am) put them in my purse. Thankfully, there wasn’t enough collateral damage to my skirt to make it unwearable. I pulled it off, put my foot into the sink, splashed water all the way up my leg and onto the floor in another puddle, then did the same with the other foot. I used his hand towel to dry... everything and then refolded it and put it back on the towel rack so that the unused side was available to future guests who hadn’t peed themselves.

When I emerged from the bathroom, he offered me the boxer briefs and asked again if there was anything he could do. I told him to stay out of the kitchen for a couple of minutes and he went and sat on the couch. I cleaned up the floor and the floral kitchen mat using paper towels and Lysol, wondering why his kitchen didn’t have a biomedical waste-disposal unit.

All the while, I was wondering how one brings sexy back after an incident like this. Justin Timberlake probably never peed his pants while making dinner for Jessica Biel. I mean, what am I, eighty? Or rather, what is my vagina, eighty? (“I’m not eighty, but my vagina is!” — Worst pickup line ever.)

Three months is a significant moment in a relationship. It’s often that fish-or-cut-bait point, where you’ve gotten semiserious but not totally serious, when you start to think, I’ve already invested three months in this. Is there enough there to invest more, or should I come up with an escape plan?

Three months is a significant moment in a relationship. It’s often that fish-or-cut-bait point, where you’ve gotten semiserious but not totally serious.

Complicating matters during this time is that you’re still deeply in the limerence phase of love. This is a word coined by psychologist Dorothy Tennov to describe that phase of love where you’re still obsessed with the other person — his desires, his feelings, what it feels like when he touches you, what he’ll look like in a tux on your wedding day. It’s that one to two-year phase when you’re not thinking clearly because your neurons are all clogged with lust and misguided hope. Limerence is probably why some relationships that are doomed last a bit longer than they otherwise would.

But if anything can break through the fog of limerence, it’s a splash of pee.

This is what was going through my head as I finished cooking dinner and we chatted:

HIM: Anyway, I think we’ll be able to get the project back on schedule, as long as things go smoothly this week.

I was distracted for most of the remaining food prep — to the point that I’m lucky to still have all my fingers — but then we finished cooking and sat down and had a lovely meal, and I forgot a little. (Give me the right entrée, and I’ll forget I accidentally ran over someone with my car.)

Then we retired to the couch, where we chatted some more, made a couple of hilarious adult-diaper jokes, then made out. So he must’ve forgotten a little too.

It turns out, sexy did come back, and just a couple of hours later. The only way I can explain it is that I was dating someone who liked humans.

I woke up the next morning and cooked breakfast without incident. I looked across the table from him as I ate my eggs and realized that while I wasn’t planning on testing the boundaries of his affection for me like that again, I almost definitely would. Again and again, against my will.

Why do I know this?

Because I once put a tiny candy bar down my pants so I wouldn’t eat it. Because I cry when I get angry, which makes me angrier. Because I like John Denver. Unironically.

These are bombs that are just waiting to go off someday. And they will go off. Relationships are all fun and games until someone pees her pants or likes John Denver.

And that’s where the real intimacy begins — when you realize the other person can forgive, disinfect his kitchen, and move on with his affection for you largely intact. And when that happens, your affection for him grows because of it.

I think falling in love is half attraction to the best parts of someone and half gratitude for that person’s ability to forgive the worst parts of you.

And that’s where the real intimacy begins—when you realize the other person can forgive, disinfect his kitchen, and move on with his affection for you largely intact.

Whatever the reason, we seemed to be falling for each other, so if you’re looking for relationship advice, I’m kind of an expert now. I just tell people to buy a family-size can of Lysol and hope for the best.

Excerpted and adapted from Okay Fine Whatever: The Year I Went From Being Afraid of Everything to Only Being Afraid of Most Things by Courtenay Hameister. Copyright © 2018. Available from Little, Brown and Company, an imprint of Hachette Book Group, Inc.