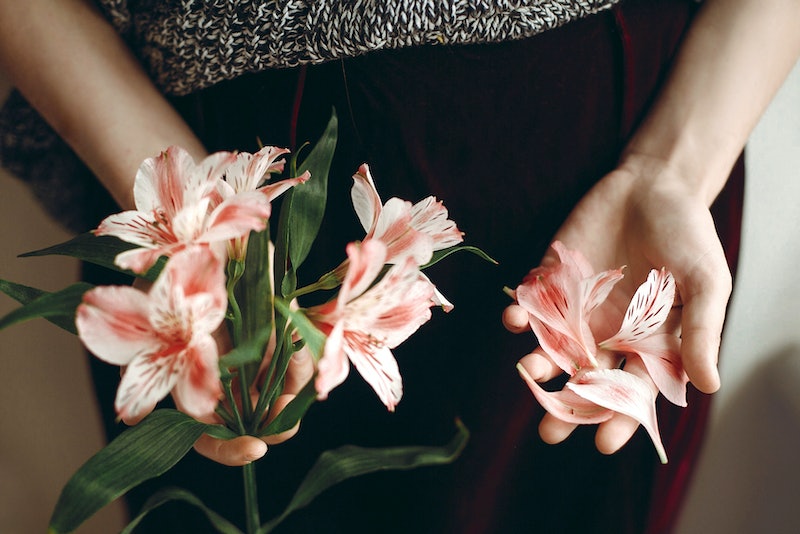 sonyachny/Fotolia
By Fariha Róisín
May 11, 2018

I became my mother’s caretaker when I was small. At seven, I was consoling her as a parent would console a child — brushing her hair, massaging her feet. As the younger child, I was always the first to approach her after an episode, her hair wild around her head, our unmistakeable Medusa, and sit by her to calm her down. I feared for my life in those moments, but I knew she craved love, as I did, and I was willing to put my life on the line for her.

I remember watching White Oleander, at age 13, dumbstruck. The way Michelle Pfeiffer's character destroyed her child's life resonated with me. I had always felt disposable to my mother, and seeing the same dynamic on screen, with her shrill hysteria and unfulfilled promises, I felt understood. I knew I wasn’t alone. Films became a sort of stand-in for therapy — books, too. I started to rely on them for perspective, for the jolt of recognition. I needed their clarity to escape my circumstances, but also put words to what I was feeling.

As her caretaker, I was always porous to my mother's needs. I developed a resilience that was years beyond me. Unlike my sister, who could (and would) hold a grudge after my mother’s lashing out, I rarely let the dramatics of our household influence the way I felt about myself. Until I hit my teens.

I started acting out, in small ways. I became more defiant about my personality, my taste, to prove to her that she couldn’t control me. At 19, I left. Having lived almost my entire life in Australia, I told my parents I’d gotten a scholarship to school in New York, and afterwards, I’d be back — only, I’d never wanted to go to school, and I wasn’t planning on coming back.

It’s been nine years since I left her, but the role of a caretaker is lifelong with a mentally ill parent.

In leaving, I wanted to show her that my mental health was equally important as hers. That I’d never had a mother who asked how I was, who checked in, who asked why I was sad. When I’d cry, she’d say I was showing off. When I was diagnosed with depression at 10, she scoffed. “What do you have to worry about?” she said. “I give you everything.” I never had the articulation when I was younger to say: I deserve more.

It’s been nine years since I left her, but the role of a caretaker is lifelong with a mentally ill parent, even across the world. I give her myself in ways that I still can. At the same time, I had to be accountable to my own needs. Talking to her on the phone for an hour could affect my whole week. Her guilting, paranoia, and negativity had no bounds. So, little by little, I had to figure out a way to protect myself, to create boundaries.

Earlier this spring, my mother had a very bad episode. I was given the task to talk her into taking her medication again, or else she would have to be committed to a psychiatric hospital. I had to do this, over the phone — me in New York, her in Sydney. I had a panic attack when I found out. Eventually, I called her. She said to me: I never want to talk to you ever again. Get out of my life. I’m going to be selfish now, too.

In retreating into literature, into film, I can create a world around me that is my own — unshaken by mother.

My father, sister, and I have become the sole custodians of her mental health. She doesn’t trust her therapists. She doesn’t think she needs medication. She relies solely on us. And we’re so exhausted, we don’t even know how to console each other. So we stay silent about it, as caretakers do. I keep it to myself most often to not subject my friends, my partner, to these diatribes. All because I never figured out how to ask for help when it comes to my mother.

Watching movies like White Oleander, like Sylvia — Gwyneth Paltrow rendering Plath the poet, the genius, the artist — is a kind of silent remedy, a private experience that’s shared among every other daughter who recognizes, with a heady, pukey warmth, the shades of their own mother in Plath's abandoning her children. In watching these and other films, I find solace in the devastating realization of not being alone. But in retreating into literature, into film, I can create a world around me that is my own — unshaken by mother — and in so doing, find some kind of almost-resolution. But real, concrete boundaries have allowed the overwhelming loneliness of caretaking to feel less all-encompassing. To learn how to protect your time, your space, your heart — from anybody, even your mother — is a lesson on how to love yourself, first.