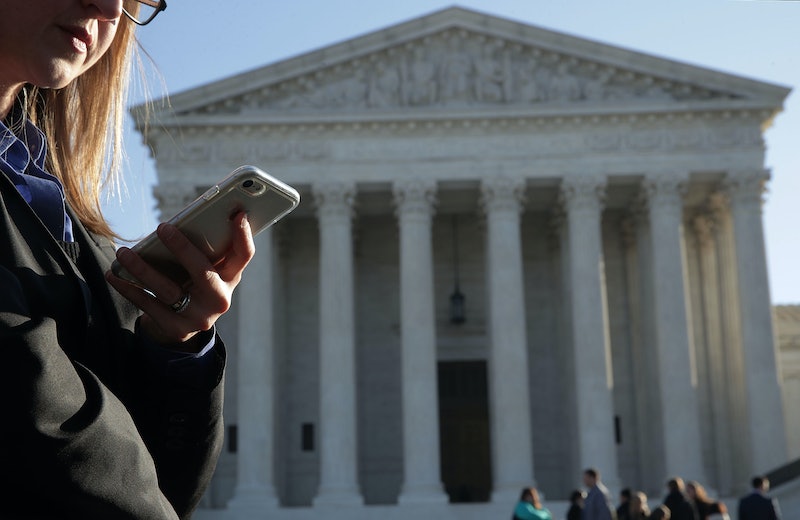 In a pair of tweets on Thursday, Trump wrote in full:

I want 5G, and even 6G, technology in the United States as soon as possible. It is far more powerful, faster, and smarter than the current standard. American companies must step up their efforts, or get left behind. There is no reason that we should be lagging behind on something that is so obviously the future. I want the United States to win through competition, not by blocking out currently more advanced technologies. We must always be the leader in everything we do, especially when it comes to the very exciting world of technology!

Though POTUS' desire to keep the country on the forefront of the technological landscape might be admirable, there's one small catch in his statement: The United States isn't "lagging behind" with its lack of 6G. In fact, 6G hasn't even been defined yet, though Jessica Rosenworcel, a commissioner for the Federal Communications Commission, did give a few hints in September about what she thought it would likely entail. In a statement at a conference on Sept. 13, Rosenworcel said:

The sixth generation of wireless service will feature terahertz frequency networks and spatial multiplexing. To do this we will need an unprecedented level of network densification, so imagine base stations miniaturized and embedded all around us. This will make it possible to have hundreds and even thousands of simultaneous wireless connections with as much as 1000 times higher capacity than what we expect with 5G service. Finally, while 5G applications are expected to evolve around a single-beam approach to data transfer, 6G could be designed around hundreds of simultaneous beams, yielding much higher data rates.

Rosenworcel added, "But getting from here to there won’t be simple. In fact, I think it will require Washington to reassess some policies it holds dear and considers tried and true."

It's not necessarily surprising that POTUS would talk about 6G technology, given that the White House defined "secure 5G internet capability" as a national security priority in December 2017. Still, 5G is only just becoming a concept now, The Washington Post reports. The publication notes that 5G technology is currently being built out to support applications in such products as self-driving cars, remote medicine, and other smart appliances.

As for the next generation of technology, don't plan on trading in your smartphone for a 6G plan any time soon.