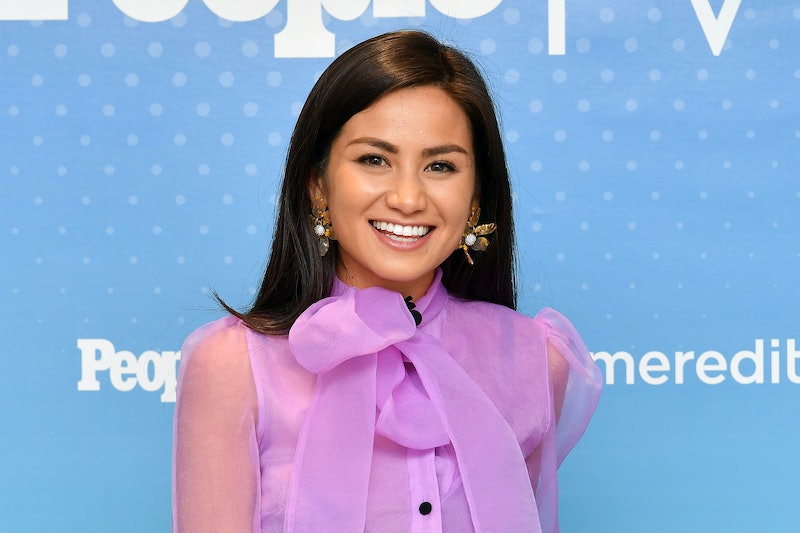 Four years after making it to the final three on Ben Higgins' Bachelor season, Caila Quinn is now happily engaged. Nick Burello, her boyfriend of over two years, proposed in January, which Caila announced on Instagram. "Can't wait to spend the rest of my life with my best friend," she captioned a post-engagement photo in Sarasota, Florida, adding the hashtag "#MrsBtoBe."

According to Entertainment Tonight, Nick is a private equity real estate investor from Chicago. He and Caila met through a mutual friend and made it Instagram official in October 2017, when Caila posted a photo of them kissing at an old-school movie theater in Cleveland. "Now Playing in a theater near you #NickMeetsTheParents #whencailametnick," she wrote.

"[Our connection] definitely was instant," Caila told Entertainment Tonight at the time, calling Nick "driven, goofy, adventurous and passionate" and "literally the sweetest human in the world." She added that from their first meeting in a New York City bar, she "was hooked... when you know, you know."

However, Caila's journey to find love could have ended very differently. She was poised to be ABC's 2016 Bachelorette before the network ultimately named Ben's runner-up JoJo Fletcher as the Season 12 lead. A source explained to E! News that "it was nothing against Caila," but that JoJo's story "was just so compelling."

Either way, Caila seems to have found the man of her dreams, and has a wedding to look forward to as a result. She'll even be (briefly) returning to reality TV: she'll be trying on wedding dresses in the July 11 season premiere of TLC's Say Yes to the Dress.