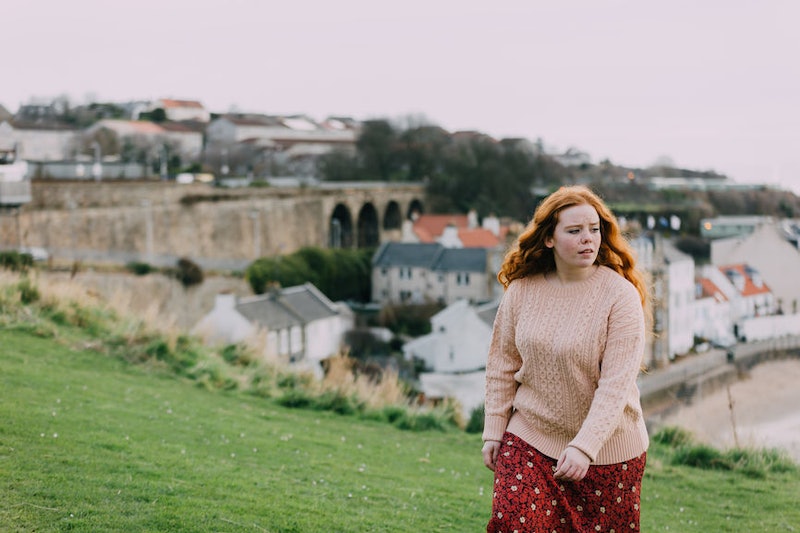 What's your idea of a cosy, autumnal afternoon? While I adore curling up in a duvet ready for my yearly rewatch of Twin Peaks, there's something about venturing outside and breathing in that crisp, autumnal air that invokes a feeling that I can never quite put my finger on. Well, thanks to a Scottish wellness trend called Coorie, it looks like I've found the word that I've been looking for.

It's described as "a feeling of cool, contemporary Caledonia" by writer Gabriella Bennett, author of the aptly named The Art of Coorie. What exactly is this art? It's trying to "lead a quieter existence where the endless pursuit of work is balanced by small pleasures," as Bennett reported in The Times.

It's become something of a sport for the wellness industry to turn these moments into wellness trends. First there was Hygge — a Danish concept that "encompasses [the] feeling of cozy contentment and well-being through the simple things in life," Country Living reported. So you could say that me watching Twin Peaks in a duvet is my version of Hygge, while venturing out into my local countryside is Coorie. But then again, Scotland also have their own version of Hygge — Còsagach — which favours indoor comforts. And then there's the Finnish päntsdrunk, which is just as brilliant as it sounds.

Anyway, back to Coorie. Forget your worries and anxieties, as "when you're more than 1,000 ft above sea level, that just doesn't seem so important," journalist Anna Pursglove added in a piece for the Daily Mail. "Life, you feel, will take its course whether you fret about it or not." Wise words.

Coorie is a traditional Scottish word "meaning 'to snuggle' or 'cuddle'," as Country Living reported, but it's a word that's "taken on a different meaning over the years." But at its core, Coorie is all about that feeling of exhilaration and appreciation of feeling content in yourself, especially when paired with nature.

This may well be a wellness trend specific to the Scottish Highlands, but Coorie is a lifestyle that can easily be adapted to your local countryside. I'm lucky enough to live half an hour away from the New Forest; a national park that has literally been part of me since I can remember.

I have specific memories attached to each season, but it's those sleepy Sunday afternoon walks in October that will always hold a special place in my heart. There's something about driving through a city centre like Southampton and ending up in an expanse of never-ending heathland that just takes my breath away, every single time. That's my Coorie.

And it can be yours, too. You don't have to venture to a national park to experience your Corrie — literally just exploring the nature around your home and appreciating what has to offer will radiate feelings of Coorie. Or, y'know, you could book that weekend away you've been pondering over to truly experience Coorie in the country it originates from.

I mean, who doesn't want to swim in a loch and climb a few mountains here and there? Sounds like the perfect weekend to me.