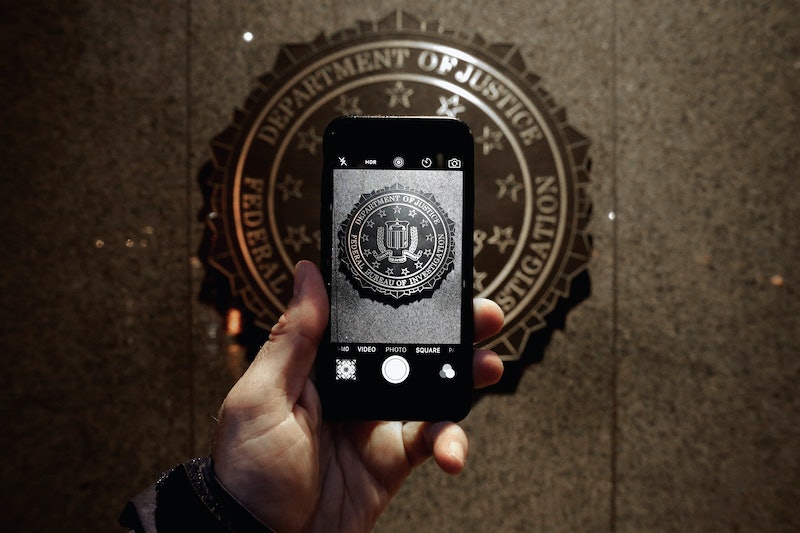 Sometimes, legendary songs make it into the secret corridors of intelligence agencies. On Wednesday, the New York Times reported that the FBI initially used "Crossfire Hurricane" as a title for its investigation into possible collusion between Russia and Donald Trump's election campaign. So, what is "Crossfire Hurricane"? The FBI's initial codename for the Trump-Russia probe reportedly comes from a Rolling Stones song that some fans interpret to be about a man's bitter and chaotic upbringing.

The song, "Jumpin' Jack Flash," starts off on a blunt note: "I was born in a crossfire hurricane; and I howled at the morning driving rain." In hindsight, "Crossfire Hurricane" does seem like quite an appropriate title to give a federal investigation that grabbed nearly every American's attention and was also described as a "witch hunt" by Trump who has denied all accusations of collusion with Russia.

Lambasting the FBI's probe into potential collaboration between Russia and Trump, the president recently tweeted on Tuesday, "Can you believe that with all of the made up, unsourced stories I get from the Fake News Media, together with the $10,000,000 Russian Witch Hunt (there is no Collusion), I now have my best Poll Numbers in a year. Much of the Media may be corrupt, but the People truly get it!"

It's a catchy codename that has sparked a variety of reactions on social media, including some Twitter users who wished the title of the investigation was "Stormy Sharknado."

For some people, it may be peculiar that FBI reportedly picked a Rolling Stones song — as opposed to, say, a track by Justin Bieber or Taylor Swift. After all, the song's lyrics seem fairly intense with lines like, "I was raised by a toothless, bearded hag; I was schooled with a strap right across my back."

I was drowned, I was washed up and left for dead; I fell down to my feet and I saw they bled, yeah, yeah

I was crowned with a spike right through my head but it's all right now, in fact, it's a gas.

There's a theory behind the lyrics, too. Writer Victor Bockris — the author who wrote about Rolling Stones' guitarist and lyric composer Keith Richards in Keith Richards: The Biography — said that Richards inspired the lines for the emotional Rolling Stones song. In the book, Bockris wrote that the guitarist was born during the highly chaotic World War II in 1943.

As you may have already guessed, naming a federal investigative case and keeping it cryptic and still comprehensible enough for relevant agents is an entire ordeal on its own. The New York Times reported that although FBI cases come with their own separate and unique code numbers, they still get codenames (also known as cryptonyms) for conversational purposes. In the case of "Crossfire Hurricane," FBI reportedly named its probe 100 days before the American Election Day.

The idea, according to The Times, is to create a memorable name for a case so that it can be referred to without explicitly explaining what the case is about. Secrecy and confidentiality are of critical importance here. In other words, if an FBI agent wants to discuss the federal probe into potential links between Russia and Trump with another colleague without tipping it off to a third party, they'll simply say something like, "We need to talk about Crossfire Hurricane." Talk about (catchy) convenience.

More like this
It’s Official: The UK Is Hosting Eurovision 2023
By Sam Ramsden and Rachel Mantock
Britney Spears Is About To Make Her Music Comeback With Elton John
By Jake Viswanath
Willow Smith & Camila Cabello’s “Spiritual Experiences” Led To “Pyschofreak”
By Grace Wehniainen
Britney Spears & Sam Asghari Called Out Kevin Federline’s Claims About Her Kids
By Grace Wehniainen
Get Even More From Bustle — Sign Up For The Newsletter