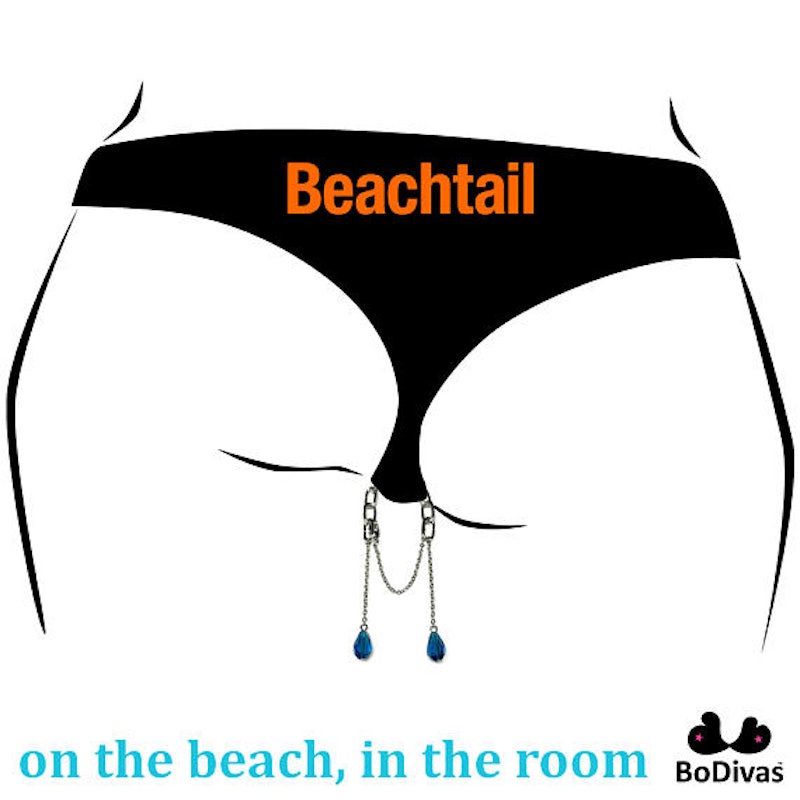 You can find pretty much anything on the internet. Case in point: crotch jewelry. And what is crotch jewelry, you ask? It's essentially a charm bracelet and a phone charm combined that hangs ever so casually from, ahem, your crotch via your underwear or bathing suit bottoms. It's as bizarre as it sounds.

This unique creation was made by Bodivas, a Japanese jewelry company, who called it the "beachtail," a name that is weirdly fitting and somewhat more appealing than "crotch jewelry." Maybe.

No one is totally sure why crotch jewelry exists, but it's 2017, so it's not really surprising. However, the practicality of an item like this is questionable. Although it is unlikely that this was made to be comfortable or functional. It is body jewelry, after all. There's no way it's pleasant to wear while walking. It must've been created strictly for Instagram photos, because otherwise it seems like it would be horribly uncomfortable.

Luckily, it seems very unlikely that this trend will catch on. However, if you are interested in the beachtail, it's available on Amazon, Ebay, and Etsy, so it shouldn't be too hard to get your hands on one. Plus it only costs $19.50 so you won't be breaking the bank to try this trend.