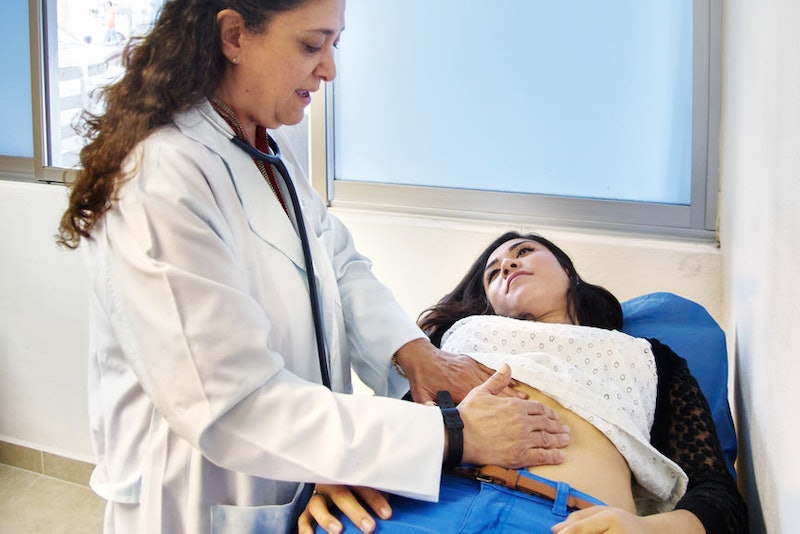 The human body sure knows how to test itself, especially when it comes to your digestive system. Just when you thought menstrual cramps were enough, conditions like IBS come along and introduce a whole new world of pain. However, stomach pain and similar issues could be signals of another, underlying problem with your bowel, especially if your diet lacks fibre. So, what is diverticulitis, and what do you need to look out for?

Diverticulitis is a condition in which small pouches (known as diverticula) push out through the lining of your bowel and become inflamed or infected, health insurance company Bupa explains. According to the NHS, symptoms of diverticulitis can include severe stomach pain, high temperatures (38C or above), sickness and vomiting, fatigue, and rectal bleeding. The symptoms of this disease can often mimic irritable bowel syndrome (IBS), making the process of figuring out whether diverticula have formed in the bowel much harder.

The condition usually affects elder generations, but a recent study has suggested that diverticulitis is also occurring in patients under the age of 40, which is quite concerning.

Diet can be a contributing factor in people developing diverticula, as Bupa suggests, especially if your diet is low in fibre, as this may make stools "become hard and more difficult to pass," which can create more pressure in your bowel and is "thought to cause diverticula to form and diverticulosis to occur."

While one or two diverticula can go unnoticed and do nothing significant to the bowel (which is called diverticulosis), multiple diverticula pockets can lead to signifiant trouble, as the Guardian reports.

According to the Guardian, the trouble is often caused by fecaliths (small stones made of feces) or food residue getting stuck in the lining, which "might cause a break in the lining and that might let bacteria in and cause inflammation," Robin Spiller, who is a professor of gastroenterology at the University of Nottingham, told the newspaper. And not only does diverticulitis often get mistaken for IBS, it can get mistaken for appendicitis too. As Spiller explained: "You'll get a fever, a raised white blood cell count, pain and tenderness [which are] similar symptoms to appendicitis."

Whether you believe you have this condition or not, if you are experiencing any of these symptoms, you need to check in with your GP who can conduct multiple tests to find the underlying cause. Diverticular disease is treatable, and depending on whether you're diagnosed with diverticulosis or diverticulitis you'll be prescribed medication or undergo surgery to treat the condition, according to the NHS.

To prevent diverticula forming, your safest bet is to aim for a high-fibre diet including "fresh and dried fruits and vegetables, beans and pulses, nuts, cereals and starchy foods," as the NHS suggests, and drink plenty of fluids to retain a healthy bowel.