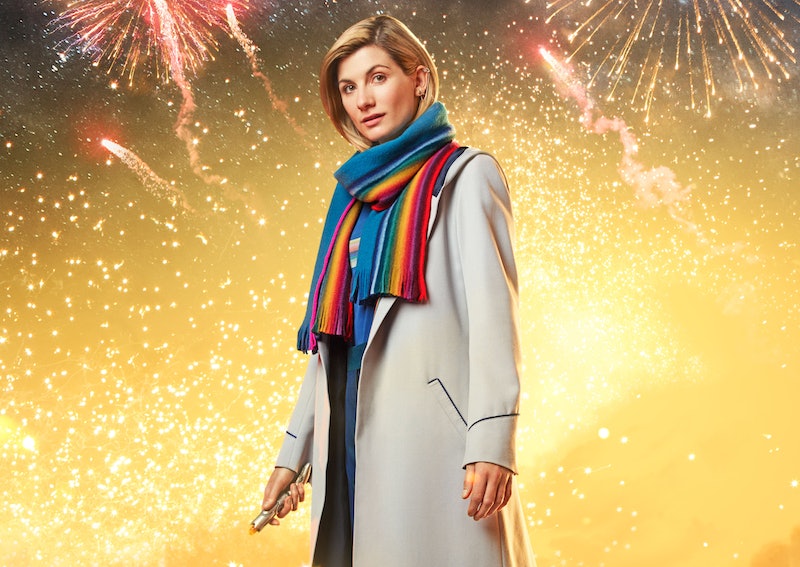 Earlier this month, the BBC announced a bold change to a cherished tradition: there'll be no Doctor Who Christmas special this year, but there will be a New Year's Day special, and I for one can't think of a better hangover tonic. Initial details released about the episode were sparse, but the broadcaster has just let a little more slip in the form of two new photos, one of them an on-set still. Based on the (admittedly limited) information available to us, what is Doctor Who's New Year special about?

Here's what we knew already about the special: it's written by showrunner Chris Chibnall and directed by Wayne Yip, who also directed two episodes of the show in 2017 while Peter Capaldi reigned as the Doctor. The BBC offered an intriguing teaser synopsis: "As the New Year begins, a terrifying evil is stirring from across the centuries of Earth’s history. As the Doctor, Ryan, Graham and Yaz return home, will they be able to overcome the threat to planet Earth?" Not an awful lot to go on, admittedly — but thanks to the two new photos released today, fans might be able to surmise a little more about the episode.

First, let's acknowledge a striking addition to Jodie Whittaker's costume as the Doctor: a knitted rainbow scarf to match the rainbow on her signature T-shirt (and the New Year's Day fireworks exploding behind her). As the Radio Times points out, it's hard not to see in the neckwear a nod to Tom Baker's Fourth Doctor, famously bedecked in an impractically long multicoloured scarf. Whittaker's, thankfully, is a somewhat more manageable length.

Then there's the episode still, in which the Doctor, Yaz, Ryan, and Graham are standing before a carefully laid out set of what appear to be human remains. The Doctor, however, is especially preoccupied with what looks like a small metal cube; unlike the aged bones on the table, it looks like some fairly advanced technology. Alien technology, perhaps? Could this belong to the "terrifying evil" mentioned in the episode synopsis?

Here's another potential clue to the episode's storyline: alongside the bones and other artefacts laid out on the table, there's a textbook which looks an awful lot like An Archaeology of the Early Anglo-Saxon Kingdoms by C. J. Arnold. Amazon says the book "offers an unparalleled view of the archaeological remains of the period," adding, "Using the development of the kingdoms as a framework, this study closely examines the wealth of material evidence and analyzes its significance to our understanding of the society that created it."

That might give us a hint about exactly which century of Earth's history the aforementioned "terrifying evil" belongs to. Presumably, it's somewhere between the 5th and the 11th century — in other words, the Anglo-Saxon period. The choice of textbook in the preview photo might suggest the Doctor and the Tardis team are attempting to make sense of some Anglo-Saxon remains, and how, exactly, the device the Doctor's holding fits into them.

Graham, too, has his hands full of specimen bags, presumably containing more archaelogical remains. Eagle-eyed viewers will notice something metallic glinting at the front of one of the bags — another anachronistic object, perhaps? Or just a coincidentally placed prop that I'm significantly over-analysing? Either way, my excitement for the Doctor Who New Year special is growing by the minute.

More like this
'The Last Of Us' Has Officially Been Renewed For Season 2
By Darshita Goyal
Rupert Grint Just Shared A *Major* Update About Ron Weasley’s Future
By El Hunt
Mollie Gallagher Has A Deeply Personal Reason For Taking Up Skating
By Maxine Harrison
'Abbott Elementary' Fans Probably Missed This 'Parent Trap' Easter Egg
By Sam Ramsden
Get The Very Best Of Bustle/UK
Sign up for Bustle UK's twice-weekly newsletter, featuring the latest must-watch TV, moving personal stories, and expert advice on the hottest viral buys.